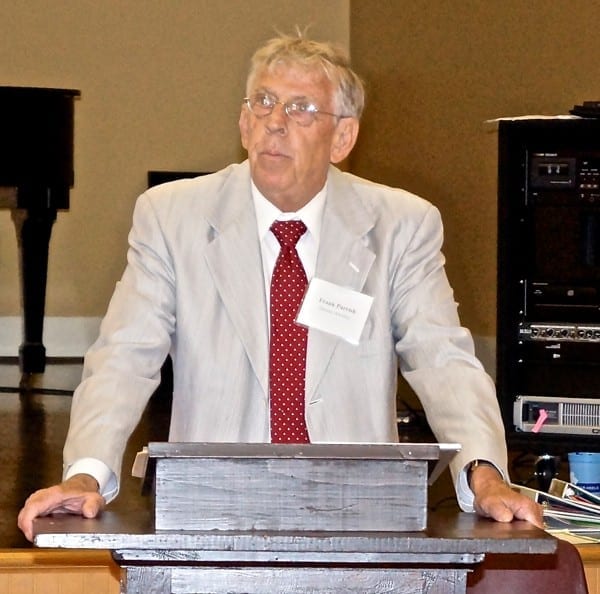 Parrish at a recent seminar in Manteo. (Russ Lay)

“The attorneys and staff of the District Attorney’s office are deeply saddened and shocked at the sudden, unexpected death of our mentor, leader and friend, Frank Parrish,” a statement from his office said Monday.

The statement provided no further details of his death.

Parrish, a Democrat, was appointed district attorney by then-Gov. Jim Hunt in 1994, said Sharon Gladwell, communications director of the state Administrative Office of the Courts.

He had been voted back into office every election since then and was up for re-election in 2014.

Parrish started his legal career as an assistant district attorney in 1979 after receiving his law degree from Campbell University. He received a bachelor’s degree in journalism from the University of North Carolina, Chapel Hill in 1971.

“Frank treated everyone with respect and lived every day of his life as a devout, practicing Christian,” the statement said. “In fact, on the morning of his death, he served as the lay reader at his church as he often did.”

State law calls for the governor to appoint a district attorney to fill an unexpired term until the next election for members of the General Assembly, which is in 2014.

Parrish is survived by his wife, Kim, and his children Jason and Erin.