Centennial Pavilion will come down under budget constraints 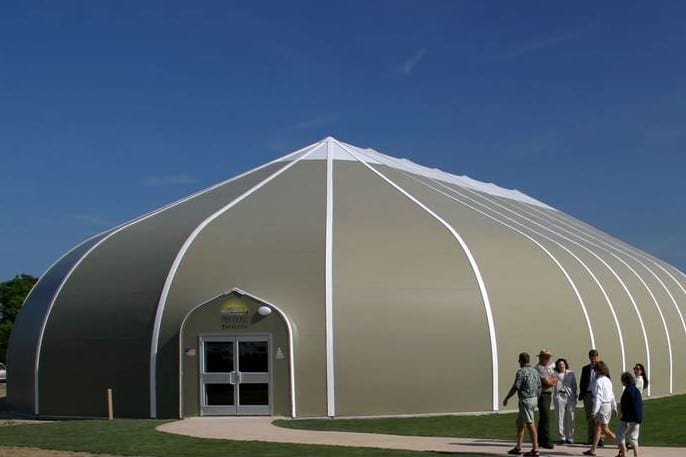 The National Park Service plans to remove the First Flight Centennial Pavilion from the Wright Brothers National Memorial, no longer offer lifeguard services on Cape Hatteras National Seashore beaches and make other changes on the Outer Banks due to the uncertainty of federal budgeting.

Visitor centers in Ocracoke and at Fort Raleigh National Historic Site will be closed on Mondays and Tuesdays from now until around Easter, and trash dumpsters at several off-road vehicle access ramps in the Seashore will be replaced with smaller receptacles as part of other changes announced.

“Given our current budget realities and the uncertainty for the future, the National Park Service is exercising extreme caution in spending to ensure that available funding is directed towards the highest priorities,” Outer Banks Group Superintendent Barclay Trimble said in a statement.

Congress approved a resolution in October that continued federal government operations through Jan. 15, 2014 at Fiscal Year 2013 levels to end the 16-day partial government shutdown that shuttered all Park Service operations.

Other measures include reducing purchases of supplies and equipment, decreasing staff travel and training and postponing vehicle procurement, according to the statement. There is also a likelihood of delaying the filling of vacant positions.

According to a Park Service administrative assistant, Trimble and other members of the management staff for the Outer Banks Group were out of the office until after the Thanksgiving holiday and could not be reached for comments on more specific details.

“We wish we did not have to reduce our visitor services, and we know a lot of people will be disappointed, but we had to make some difficult decisions regarding park operations and priorities,” Trimble said in the statement.

Built at a cost of $2 million in advance of the First Flight Centennial in 2003, the 20,000 square-foot Pavilion was intended as just a temporary structure on the grounds of the Wright Brothers National Memorial.

The facility includes museum space, and a large airplane hangar-style auditorium has been used for numerous public and private events, including the annual First Flight commemoration. The park service said that removing the structures that make up the pavilion will mean substantial savings in utility and maintenance costs.

The stationing of lifeguards on the beaches of Cape Hatteras National Seashore has been in a steady decline since the 1970s. Only three locations have been staffed in recent years: Coquina Beach, the old Cape Hatteras Lighthouse site, and the Ocracoke day-use area.

According to the statement, eight ramps will no longer have full size, orange dumpsters available for beach goers to dispose of trash. They will be replaced with smaller garbage and recycling receptacles.

No specific ramps were listed, although it is expected the changes will take place at the lesser traveled ramps.

The Monday and Tuesday closings of the visitors centers at Ocracoke and Fort Raleigh are expected to last until between mid-March and early-April 2014.

Between the week around Easter and the second weekend of April has traditionally been when the Park Service reopens some seasonal facilities and resumes climbing tours of the Cape Hatteras and Bodie Island lighthouse.

“The current budget situation does not allow us to have sufficient staff to keep the same number of hours and the degree of services as we have done in the past,” Trimble said. “We hope the situation changes and we will be able to return our visitor services to their former operating schedules in the future.”