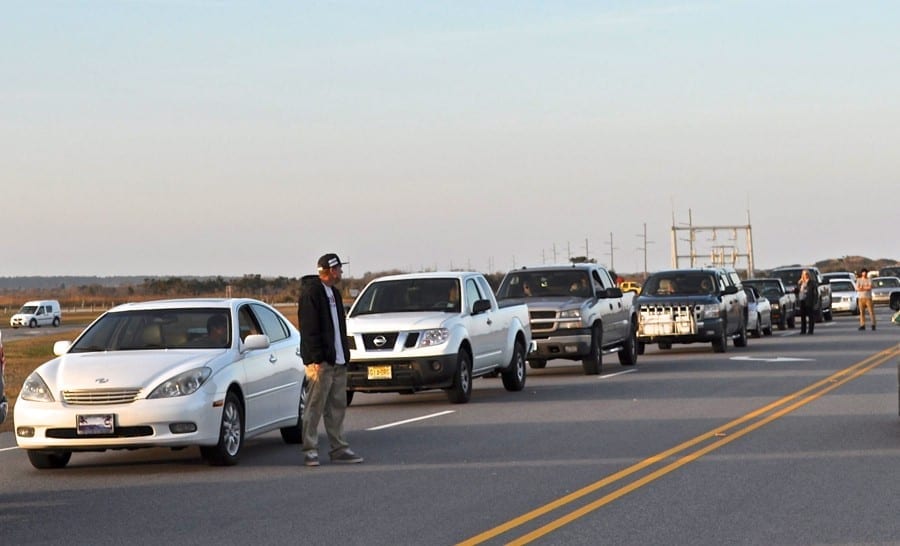 Some motorists were caught by surprise. (Russ Lay)

The state Department of Transportation closed the Herbert C. Bonner Bridge Tuesday after divers found structural problems that were more serious than earlier inspections had suggested.

“Routine sonar scanning of the bridge identified scouring concerns, or areas where too much sand has eroded from the support structure of the bridge,” an NCDOT statement said.

“As NCDOT crews continued to monitor these conditions, inspections revealed additional areas of concern, which led department officials to decide to close the bridge immediately for the safety of all residents and visitors of the area.”

The bridge over Oregon Inlet will remain closed until the state can do more inspections and make repairs. NCDOT has declared a state of emergency to expedite the process and steps are under way to begin work as soon as possible.

Similar problems in the past have been addressed by bundling rocks around the bases of the pilings to collect sand to re-anchor the supports.

“Closing the Bonner Bridge is necessary to keep all travelers safe, but we know it will have a devastating effect on the people who live along and visit the Outer Banks,” said NCDOT Secretary Tony Tata. “We will work to safely reopen this vital lifeline quickly and hope to be able to begin construction on a new bridge as soon as possible.”

Click the player below to listen to the interview.

The problems were first identified last week during routine inspections of the bridge.

Mike Charbonneau, media relations director with the NCDOT, said the scouring has been happening on the southern half of the bridge around bent number 166. Bents are the collection of pilings and beams that support the bridge.

Charbonneau was also a guest Tuesday afternoon on Beach 104 and 94.5 WCMS. 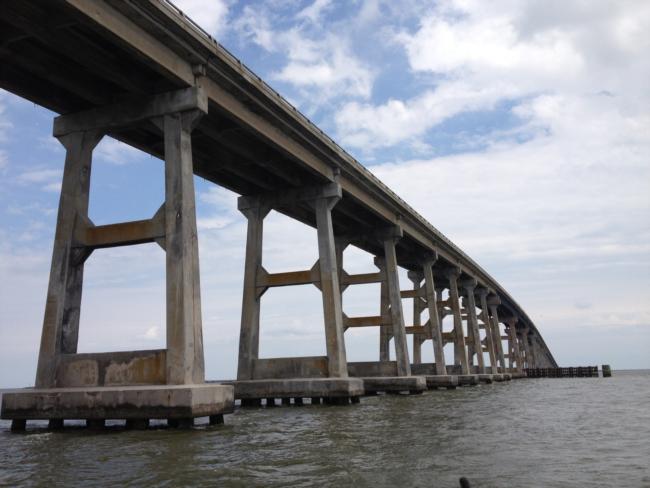 When the bridge will reopen is not known. (NCDOT)

Expensive repairs have continued on the 50-year-old bridge as construction of a replacement awaits the resolution of legal action by environmental groups.

Until it is safe to reopen, the NCDOT Ferry Division will provide emergency support to move people and cars across the Pamlico Sound.

“We know the residents of Hatteras Island are depending on us to be their lifeline, and we take that responsibility very seriously,” said Ferry Division Deputy Director Jed Dixon.

All tolls currently in place on the Ocracoke-Swan Quarter and Ocracoke-Cedar Island ferry routes will be waived for residents, emergency personnel and vendors while the bridge is closed and the emergency ferry route is in operation. The U.S. Coast Guard is also currently on standby.