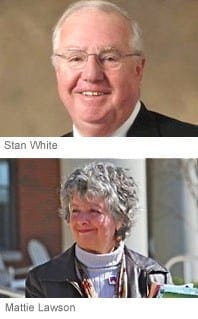 Tuesday’s primary results set up two rematches for local seats in the General Assembly, while a couple of incumbents were turned out in GOP races for Currituck County Board of Commissioners.

Democrat Stan White will have another shot at regaining his state Senate seat after picking up 75 percent of the vote in defeating Judy Krahenbuhl.

White, who was appointed to serve out the term of retired state Senate President Marc Basnight, lost two years ago to Republican Bill Cook of Washington County. He will face Cook again in November.

Meanwhile, Republican Mattie Lawson edged out Ashley Woolard, setting up a second run against state Rep. Paul Tine in District 6. In 2012, Tine defeated Lawson by 458 votes out of over 41,000 cast.

In the the Democratic primary for Dare County Clerk of Superior Court, Chrissy DeGabrielle Simmons beat Mark Hall and will face Republic Dean Tolson in the November General Election.

And former Assistant District Attorney Nancy Lamb cruised to victory in her Democratic primary race in District 1 for a matchup with incumbent Republican Andrew Womble in November.

Lamb had 77 percent of the vote to Kathryn Fagan’s 22 percent. Womble was appointed to the post last year after the death of longtime D.A. Frank Parrish.

In Dare’s only Board of Commissioners primary, Republican Margarette Umphlett defeated John Lee Booth Jr. with 58 percent of the vote. Umphlett will run against incumbent Democrat Virginia Tillett in November for one of two District 1 seats up for grabs.

Winners for the Dare County’s non-partisan Board of Education races included Charlotte White for District 1, Margaret Lawler for District 3 and Danny Couch in District 4.

In the BOE’s District 2, Joe Tauber topped the vote getters with 37.7 percent of the vote, while runner up Penelope Whedbee Carroll picked up just over 35 percent of the vote. Because school board is a non-partisan election, a runoff will bot be necessary.

In Currituck County, where the entire Board of Commissioners is Republican, three GOP incumbents faced challenges from within their own party.

While Marion Gilbert, representing District 5 in Moyock, beat back two challengers and picked up 47 percent of the vote, District 3 incumbent H.M. “Butch” Petrey was soundly defeated by Mike Payment, who racked up 67 percent. Mike Hall appears to have defeated incumbent Paul Martin for the at-large GOP nomination, with 40.9 percent of the vote, just over the required 40 percent plus 1 to avoid a runoff.

In the three-man GOP primary for sheriff in Currituck, former state trooper Billy Long coasted to a comfortable victory with 46 percent of the vote. Long will face incumbent Democrat sheriff Susan Johnson in November.

The national media and Tea Party advocates portrayed the race with Tillis as a more moderate Republican and Brannon as an indicator of whether the GOP is beginning to turn away from Tea Party candidates.

Tillis avoided a runoff by gaining 45 percent of the statewide vote, but lost to Brannon in Currituck by four percentage points. In Dare, Tillis bested Brannon by a narrow margin of 41 percent to 37 percent,

While non-partisan, the party affiliations of Supreme Court justices are well-known, and incumbent Robin Hudson, a Democrat, faced two GOP challengers in a three-person race, Eric Levinson and Jeanette Doran.

The top two vote getters will face each other in November.

In Dare, Hudson beat her statewide total with almost 44 percent of the vote, while Levinson garnered 30 percent, far below his statewide tally.

In the Republican primary for the U.S. House of Representatives, longtime incumbent Rep. Walter Jones was trailing Taylor Griffin early on but made a comeback and to edge out the Tea Party candidate. Griffin once worked for U.S. Sen. Jesse Helms and later in the White House and the Treasury Department under President George W. Bush.