Get ready for the good-time music of the Lovin’ Spoonful 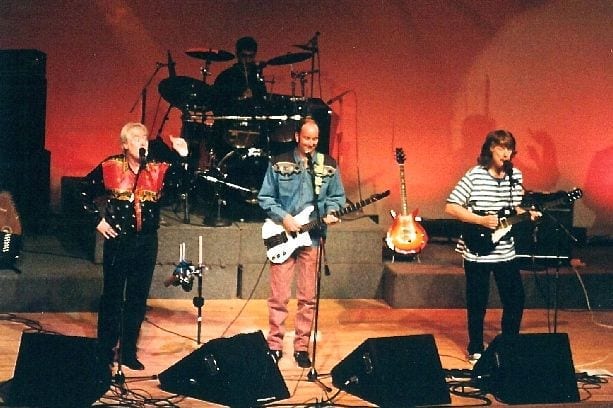 Rock ‘n Roll Hall of Famers the Lovin’ Spoonful headline the second show of the Live at the Waterside Concert Series on Sunday, July 20.

Last month, 1964, the Tribute rocked a full house at the theater where the Lost Colony outdoor drama is performed six days a week.

The latest incarnation of the Spoonful includes two of the founding members.

Seven of them were at a time when the competition included Motown, the Beatles and British Invasion bands.

A 1966 arrest of two band members led to the band’s gradual dissolution, with Yanovsky leaving in 1967. Sebastian, the group’s founder and leader, quit in 1968.

The group’s final album featured only Joe Butler from the original group. John Sebastian launched a successful solo career. In 1980, the Lovin’ Spoonful came together one more time to perform a cameo in Paul Simon’s film One-Trick Pony.

In 1991 a settlement with their record company inspired Joe and Steve to contact Jerry Yester, who had played piano on “Do You Believe In Magic?” and start up the Lovin’ Spoonful again.

After a two-month rehearsal, the group started touring. On March 6, 2000 they were inducted into the Rock And Roll Hall of Fame.

VIP TICKETS are available for all concerts. They are extremely limited and include premium seating in the first few rows as well as exclusive access to the VIP lounge beginning one hour prior to the show. The lounge is backstage in the air conditioned Sound Stage Theatre and offers complimentary beer, wine, soft drinks and snacks.