A loud boom and floating orange orbs were the talk of the beach this morning, but we can confirm with confidence that UFOs are not just over the horizon.

A Navy spokesperson told WAVY news Tuesday night that the source of the boom was a training exercise offshore.

The Navy conducts regular training exercises off the barrier islands and startling rumbles are not uncommon. In this case, however, the reverberation was louder and more concussive.

As for the lights, they apparently were a fluke of timing. Speculation at first ranged from Chinese lanterns to helicopters or hovering Osprey aircraft. 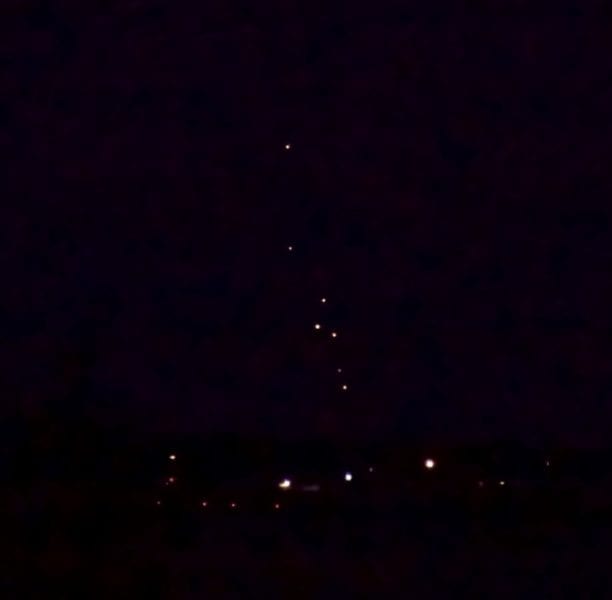 This shot by Mike Smith was taken from Roanoke Island looking toward the beach.

Ed Beckley, who lives in Nags Head, took pictures with a telephoto lens but had trouble with clarity because long lenses are sensitive to movement. He said he was struck by the patterns the globes maintained, as though they were in formation.

Beckley said later that he was told at the Nags Head Fishing Pier that Chinese lanterns had been released on the beach at about the same time the reverberation shook houses from Duck to Nags Head.

Later, Nags Head pier owner Andy McCann told Brinkley about the Chinese lanterns, which are lit and released to rise into the sky, according to Thuman.

Popular with weddings and similar celebrations, they are considered fire hazards and are illegal in Nags Head and other areas.