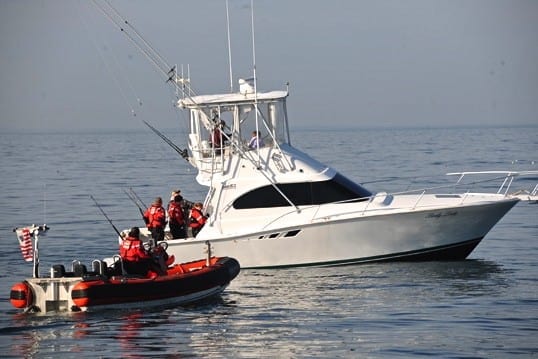 The old cliché that “politics makes for strange bedfellows” may be shopworn, but it still holds true in many instances.

One such instance was a provision inserted in the recent budget by Gov. Pat McCrory with help from the leadership of the Republican-controlled state House of Representatives.

Republicans hold themselves out as the only party fighting the growth of federal control over powers that the 10th Amendment to the U.S. Constitution says are reserved to the states and individual citizens.

And Republican leaders have not withheld their criticism of what they consider to be federal excess and in some case, federal failure as it relates to important economic issues in eastern North Carolina.

It was the federal government that blocked the construction of a northern jetty at Oregon Inlet, leaving dredging as the only alternative to keeping the federal channel open.

It is the lack of federal funding that now prevents the Army Corps of Engineers from dredging both Oregon and Hatteras Inlet frequently enough to keep those channels open to maritime traffic.

Several federal agencies either opposed or worked to block the construction of the so-called “short-bridge” option for the Bonner Bridge replacement, and it was a federal appeals court that recently issued a confusing ruling that failed to resolve the problem of a bridge now 30 years beyond it’s planned replacement date.

And, of course, it was a federal judge who shut down some of the Outer Bank’s beaches to vehicles, surfers and pedestrians after another federal agency, the National Park Service, failed to come with an Off-Road Vehicle plan — a plan that was mandated when Richard Nixon was in the White House.

So it comes as quite a surprise that a Republican governor and a GOP-controlled House of Representatives literally invited the federal government to conduct joint operations within North Carolina’s state waters, in return for $500,000 a year in federal funding and the ability of N.C. Marine Patrol officers to enforce federal regulations.

Indeed, with the exception of the leadership of the Marine Fisheries Patrol and the North Carolina Division of Marine Fisheries, there was no demand from the recreational fishing community for such an agreement.

On the other hand, North Carolina’s commercial fishing industry vehemently opposed North Carolina entering into what is known as the “JEA,” or Joint Enforcement Agreement with the federal government.

The GOP-controlled state Senate was also opposed to agreement, but when the two sides could not come to agreement on the final budget, the JEA found its way into the final compromise.

In fact, a spokesperson for one local state legislator told the Voice the language was inserted into the budget in such a way that it could not be amended or stripped from the budget bill once it was re-inserted.

So how did it get through?

North Carolina’s budget woes are certainly one possibility, but $500,000 a year is a paltry sum when one considers the possible downside.

Another reason is that North Carolina is the only coastal state that has not entered in a joint enforcement regime with the National Marine Fisheries Service.

One commercial fisherman related to the Voice that argument was akin to a child telling his parents “all the other kids are doing it” and added that commercial fishermen in neighboring states now wish they had not entered into the agreements.

While the wording in the budget says the state “may” enter into such an agreement, rather than “shall,” there is little doubt the deal is done.

Ironically, Rep. Paul Tine, a Democrat, made the case more articulately than the typical arguments one would expect from anti-Washington, D.C. elected Republicans.

Tine told the Voice in a recent interview:

“In coastal North Carolina, we’ve been given promises by the federal government over and over again,” Tine said. “We give them the land in Hatteras and they say we will have access forever. Now we don’t have access to it and you have pay a large fee to see the ‘people’s park’

“I have major concerns that when we bring in a federal agency to jointly enforce we’ll be told one thing now and in a few years they’ll use that position to make changes to how we regulate our fishing industry in North Carolina. So I am opposed to joint enforcement.”

“I am against joint enforcement because I think the federal government needs to get out of North Carolina,” Cook said. “I’ve had it up to here with them.”

But one group, the Coastal Conservation Association of North Carolina lobbied legislators and its membership.

The CCA claims to represent North Carolina’s recreational fishermen, although it’s director, David Sneed, told the Voice its statewide membership is only 2,800.

But that tiny membership works hard behind the scenes in doling out money to elected officials and encouraging its members to contact their legislators.

“The entire CCA membership was provided with an explanation of the JEA this week,” CCA NC Chairman Greg Hurt said by phone. “Many of our members have contacted their legislators.”

David Sneed, CCA NC’s executive director, said members had sent more than 400 e-mails to legislators. The measure has top-level support from the Marine Patrol and the Division of Marine Fisheries.

So now, it appears, the state will enter into such an agreement, even though the federal agency involved is a division of NOAA, the same agency that finally killed the northern jetty for Oregon Inlet.

Ironic that recreational fishermen, fish houses and even trucks transporting fish will now be subject to federal enforcement within our borders while Gov. McCrory and other Republican legislators are fighting to wrest control of the land surrounding Oregon Inlet from the federal government.