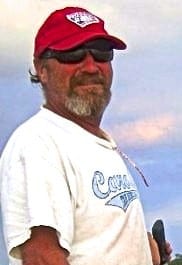 The Moyock resident was a commercial crabber, pound netter and fish dealer who ran Paul Rose Seafood behind his Poyners Road home.

“He was very proud of his service as the chairman of the commission and he took the job very seriously,” said Louis Daniel, director of the Division of Marine Fisheries. “He respected the division and defended it on decisions that were made. He was fair; he was prepared; he was well-respected and he will be greatly missed by division staff.”

Rose was appointed July 30, 2013 by Governor Pat McCrory. Before that, he served on several fisheries advisory committees, including the Southern Flounder Fishery Management Plan Advisory Committee.

“I was saddened to hear of Paul Rose’s death, and express my sincerest condolences to his friends and family,” the governor said in a statement. “Paul served the Marine Fisheries Commission well and, as a fisherman himself, he earned a reputation for being an honest and a tireless advocate for North Carolina’s fishing”

Commission Vice-Chairman Anna Beckwith will serve as chairman until the governor appoints a replacement.