Church and state: Moral high ground can sink to exclusion 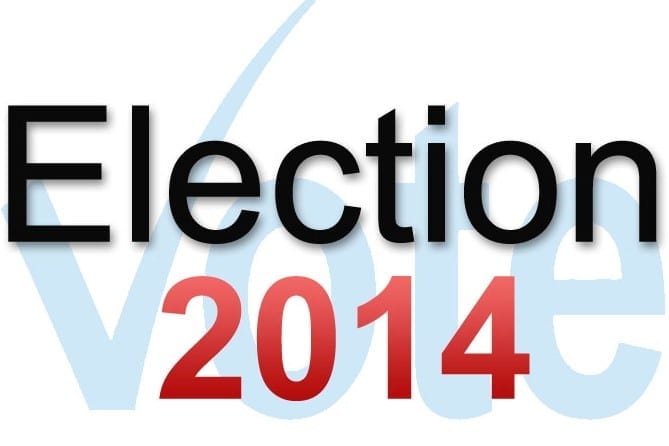 I am Jewish. I am not, by any means, some form of ultra-orthodox Jew. In fact, I doubt if I would even qualify to be identified with the Reform movement. I am uncomfortable with organized services and organized religion.

Nonetheless, I am proud of my heritage, proud of my religion and take comfort in the knowledge that it is part of me.

It is important to know this because it helps in understanding the feelings I experienced when I met a local candidate for office.

Her campaign signs line the road: “Conservative, Christian,” they declare at the bottom.

Conservative is not a pejorative or exclusionary. Its meaning has been usurped by a political process, but it does not automatically denigrate the feelings or beliefs of others.

Whether it is in a stump speech or a sign by the side of the road, running on a platform of self-declared Christianity — or any self-declared religion as a qualifying criteria for public office — does.

Being approached by that candidate in a public setting where I had no opportunity to express my dismay left me feeling angry, hurt and furious that I did not have the courage to speak out.

Even hours later, now days later, I am still angry and hurt. There is something else that I now know is part of this. I am fearful.

I cannot help but be angry that someone who wishes to hold public office would be so insensitive to the feelings of the people she or any candidate hopes to represent that she would knowingly exclude them. And it is hurtful to be, by definition, excluded from consideration in the political process.

Declaring that a specific religion is a qualifying reason for holding public office is by definition exclusionary. Politics, or at least healthy politics, is inclusive. The art of politics is compromise — reaching out to opponents to find common ground to move government and policies forward.

Religion gives all of us our core beliefs, but there are elements of it that cannot be compromised. Christians believe Christ was the son of God; Jews believe the Messiah has not yet appeared. Although the moral underpinnings of both religions spring from a common source, there is no point of compromise in what defines them.

Placing a Christian label on a political description, which is what “Christian conservative” is in this case, is a statement that only Christians are invited to the conservative table. The same would be true if the sign read “Christian Progressive, Jewish Conservative or Jewish Progressive.” The message is the same in every case — only members of that religion need apply.

In the final analysis the blending of religion with a description as a qualifying standard for election is a terrifying statement of political superiority.

Declaring one religion superior to another as the underlying principle for holding office is the beginning of how a government can sanction the slaughter of 6,000,000 people, or a sect of a religion can sell women into slavery, torture with impunity anyone who does not believe as they do, even hold public beheadings.

It does not matter if this particular candidate believes that those atrocities are horrific, unconscionable and indefensible by any doctrine they may follow. Because the awful truth is that the first step down any of these roads begins with the political conviction that “I am right because of my religion.”

It has been the framework of the atrocities of the past 100 years, including the pogroms of Russia that sent Russian Jews fleeing to the United States in the late 19th and early 20th centuries; or the ethnic cleansing of Bosnian Muslims by Bosnian Serb forces.

In every case, the process starts with a simple premise: that one religion holds moral superiority over all others and that any action taken in the name of that religion is justified.

I also fear for the direction of this country. There was a reason why the founding fathers enshrined freedom of religion in the Constitution. They actually debated whether this nation should have a state religion, but came to realize that if they could not agree among themselves, surely the citizens could not reach consensus.

It was to them so important that the government not be in the business of dictating who would believe what and how that their opening action after creating the Constitution was to write the first amendment: “Congress shall make no law respecting an establishment of religion . . . “

The founding fathers were masters of the English language and sophisticated in the world of their time. If they had wanted Christianity to be enshrined as a guiding religion, they would have included that language. They did not. The only possible conclusion is that they knew freedom of religion would include Judaism, and Islam and Buddhism and religions that they could not have imagined.

Yet here we have someone running for office — yes, I understand it’s local office, but it is indicative of a much deeper malaise — who is so uninformed as to establish religion as a part of the body politic.

It is to me, as an American Jew, infuriating, and as I walked away from that candidate I was shaking with rage. When the rage departed, it was still with the knowledge that I could be cast aside by someone who would not even know they were doing so.