How one man has made a mark on history in northeast N.C. 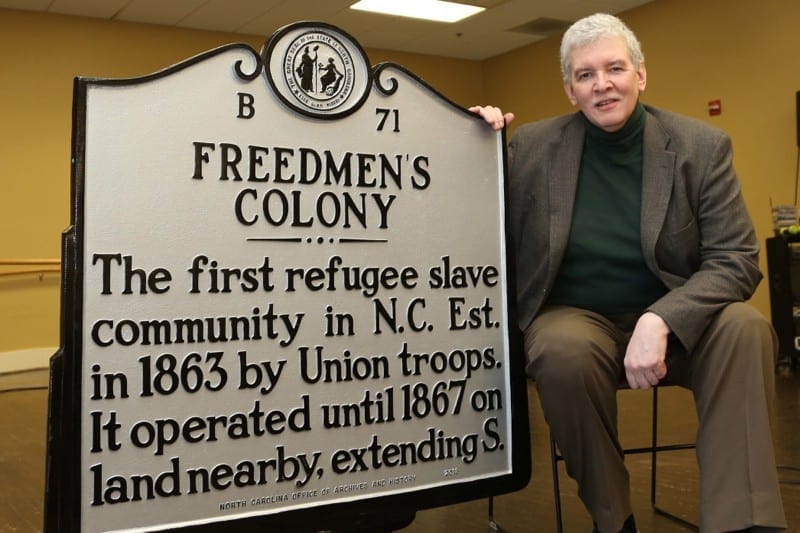 Marvin T. Jones has a passion for local heritage and is responsible for a half dozen historical markers in the area.

Our region’s rich history is brought to the fore each time someone who passes a historical marker on the side of the road, stops, reads and ponders. But who dreams up these visual reminders of our times gone by and makes them appear before our eyes?

They’re people such as Marvin T. Jones, who grew up in rural Hertford County, “taking much notice of them (as a small boy) and pleased when my first school, C.S. Brown, received one in the 1980’s.”

Jones has a passion for local heritage and is responsible for a half dozen historical markers in the area, including The Roanoke Island Freedmen’s Colony, the Algonquian Village of Dasemunkepeuc in Dare County and four others inland.

The North Carolina Highway Historical Marker Program reports more than 1,400 markers in place in the state since 1936. Twenty-five are in Dare County. They are not only a tribute to the places and patriots of the past, but to the people who work to place them for posterity. Jones is squarely in that category.

Jones said the process of installing historical markers includes researching impeccable sources for the occurrences and presenting them to a judging panel of North Carolina historians working with the Department of Cultural Resources’ Office of Archives and History.

Along with the Dare County markers, Jones is responsible for The Town of Choanoac, Parker D. Robbins, Robert Lee Vann and the Aquascogoc signs in Hertford, Duplin and Beaufort Counties. 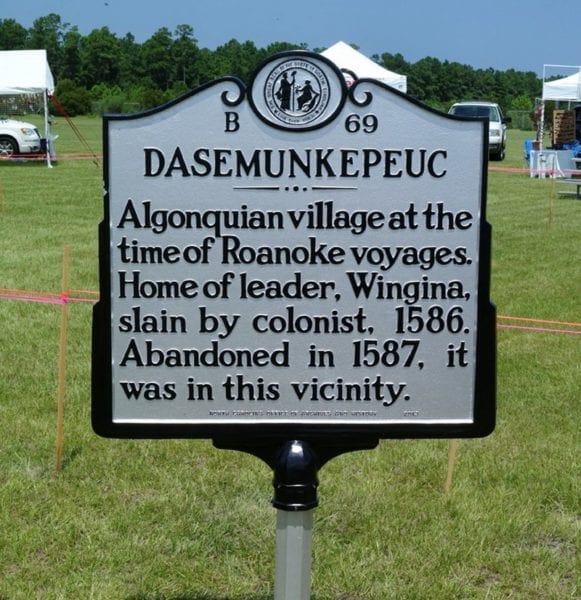 He is a noted commercial documentary photographer, filmmaker and author in Washington, D.C. by trade. He beats a path homeward to his native Winton Triangle community in Hertford County as often as he can, with a personal mission of leveraging history as a linchpin to restore the community and its economic viability.

He has a rich diverse racial background, as is the case of so many others in that area. It was his mother’s mention of her ancestor, a Chowanoke Native-American leader, which impelled him to research the area’s history all the way back to the first English colonists in 1584. Jones is a mix of mostly Chowanoke, Tuscarora, European and African descent, with roots as far away as India.

His love for history was cultivated growing up near the small village of Cofield and listening to family members and old-timers tell stories of times gone by while working in his father’s store. It’s not just a romance of memories. Jones is a historical activist today, working very hard to revitalize his family’s community.

He is founder of the Chowan Discovery Group, whose goal it is to research, document, preserve and present the history of the area. The group is preserving the Pleasant Plains Baptist Church’s 95-year-old Rosenwald Schoolhouse. He said the church was the first institution of the mixed-race people of the area.

They have also put together a stage production about the area’s heritage; written articles, created broadcasts and initiated a public art project for Ahoskie’s Main Street.

A supporting strategy has been the development of the historical markers.

Jones asserts that history tourism is an important draw for the economic health and survival of our region, including the Outer Banks.

He dedicates his efforts to his parents, who are still vibrant members of the Winton area community and whose philosophy is “to make life better for everyone around them, and to leave things in better shape than you found them.”

Jones said it is important to him to use the historical markers and other means to “aggressively affect the future of the Roanoke Chowan area, making all of the citizens the beneficiaries.”