Commercial catches are up after four-year decline 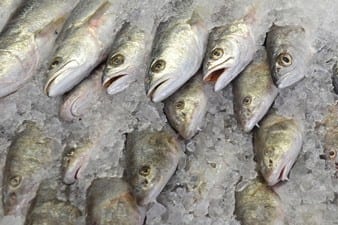 Commercial fishermen sold 61.7 million pounds of fish and shellfish to North Carolina dealers last year, according to the N.C. Division of Marine Fisheries’ Commercial Trip Ticket Program. It was the first year commercial landings rose since 2010, an upward tick in a long declining trend since the late 1990s.

The estimated dockside value of the commercial harvest climbed 19 percent in 2014 to $93.8 million, continuing an increasing trend since 2011.

Recreational fishermen harvested approximately 9.6 million fish weighing about 9 million pounds in 2014, a 25 percent decrease in pounds from 2013, according to the division’s Coastal Angling Program. It is 29 percent lower than the average of recreational landings from 2010 to 2013.

Commercial fishermen sold 2.9 million pounds of summer flounder to North Carolina dealers in 2014 — five times more than in 2013. The increase was a direct result of a more restrictive state policy on allowing boats to land their harvest in Virginia and other states. In previous years, the state allowed more boats to do this because of shallow waters in Oregon Inlet. It required North Carolina to transfer much of its summer flounder quota to other states, causing federal quota allocation concerns.

Hard blue crab harvests increased by 18 percent from 2013, as the number of fishing trips with crab pots rose by 5 percent and the average catch of hard blue crabs in the pot fishery increased by 42 pounds per trip. The estimated dockside value of blue crabs in North Carolina rose by 13 percent, as well.

Spiny dogfish landings rose by 88 percent to 5.7 million pounds due to an increase in the state’s allotted quota.