Budget stalls as legislators jet off to Seattle conference 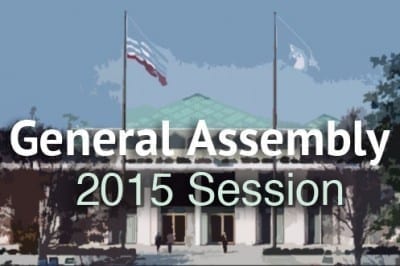 And they’re off! That phrase usually means running at breakneck speed but, in the North Carolina General Assembly, it appears to mean that members are taking off to attend meetings out of state instead of hammering out the State’s budget . . . again.

Now, according to a WRAL story, several leadership members of both chambers are on their way to Seattle to attend the National Conference of State Legislators Summit scheduled to be held from Monday, Aug. 3 through Thursday, Aug. 6.

To resolve the differences, selected members of each chamber were appointed to a conference committee, but it has not met even though the self-imposed deadline for producing a budget and obtaining the governor’s signature is Aug. 10.

If a budget is not agreed upon by the two chambers by that date, the General Assembly will have to pass another continuing resolution to temporarily fund state agencies and set another deadline or do nothing and allow state government to grind to a screeching halt. The tardiness in producing a budget is not an anomaly — in the past, it has sometimes has gone into the fall before being resolved.

But some work has been accomplished despite the membership’s wanderings.

Senate Bill 22, the Historic Artifact Management and Patriotism Act, began as a measure to ensure the proper and respectful disposal and display of the national and state flags. The bill also transferred custody of the state’s copy of the U.S. Constitution from the Secretary of State’s office to the Department of Cultural Resources.

But before being made into law with the governor’s signature on July 23, the same day that it landed on his desk, additional language was inserted that in most cases prohibits the removal of monuments honoring a part of the state’s history from public property.

The additional language appeared to be prompted by the controversy about the removal of monuments and statues honoring Civil War participants who fought to maintain slavery. The bill, in part, states: “An object of remembrance located on public property may not be permanently removed and may only be relocated, whether temporarily or permanently, under the circumstances listed in this subsection and subject to the limitations in this subsection.

“An object of remembrance that is temporarily relocated shall be returned to its original location within 90 days of completion of the project that required its temporary removal. An object of remembrance that is permanently relocated shall be relocated to a site of similar prominence, honor, visibility, availability, and access that are within the boundaries of the jurisdiction from which it was relocated.

“An object of remembrance may not be relocated to a museum, cemetery, or mausoleum unless it was originally placed at such a location. As used in this section, the term “object of remembrance” means a monument, memorial, plaque, statue, marker, or display of a permanent character that commemorates an event, a person, or military service that is part of North Carolina’s history.”

Not all legislation drew the same kind of “stinging” response. Senate Bill 313, Special Registration Plates, if made into law, adds to the list of specialized plates that can be used on vehicles. Included in the new plate selection is Save The Honey Bee.

A wrinkle in the bill includes two distinct versions of how the revenues are to be disbursed.

The House wants the revenues transferred to the North Carolina State University Apiculture Program –- the study of bees.
The Senate wants half the revenues to go to the N.C. State program and the rest to the Grandfather Mountain Stewardship Foundation to support Honey Bee Haven and for honey bee educational programs.

The House Finance Committee is scheduled to take up the bill on Monday, Aug. 3.

Senate Bill 605, Various Changes to Revenue Laws, is 24 pages of tax code changes that, if signed into law, will affect both individual and corporate tax payers. The complicated bill most likely will take an accountant to explain the new provisions to taxpayers — corporate and individual — but one thing is clear: the General Assembly really likes motorsports.

Recent changes in sales tax laws expanded the sales tax base to vehicle repairs and veterinarian services. That translates into consumers replacing engines or doing other costly repair work paying an additional amount. But a provision in Senate Bill allows a 50 percent refund of sales taxes paid for material, engines and supplies related to race cars. The refund, if put into law, will go into effect immediately and the percentage will decrease to 12.5 percent in 2019.

The bill is currently in the House Finance Committee.

House Bill 774, Restoring Proper Justice Act, now awaiting the governor’s signature, negates the provision that a physician must be in attendance during executions. Instead, the proposed law provides that a number of medical professionals including, physicians assistants and EMS workers, although not required to witness the execution, may pronounce the prisoner dead.

The bill also seeks to make the following confidential and exempted from the Open Records Act: Any information that “reveals name, address, qualifications, and other identifying information of any person or entity that manufactures, compounds, prepares, prescribes, dispenses, supplies, or administers the drugs or supplies obtained for any purpose authorized by Article 19 of Chapter 15 of the General Statutes.”