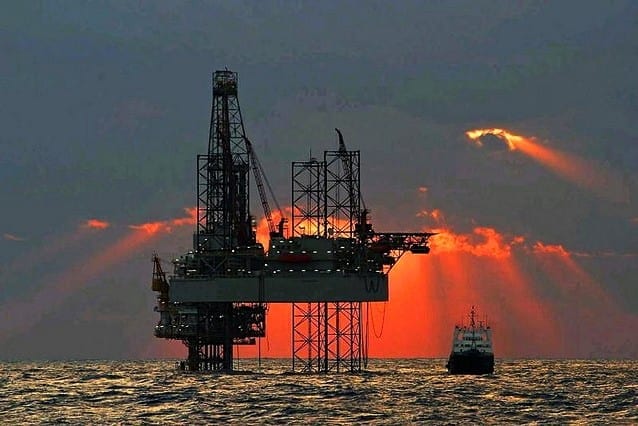 Public support for oil and natural gas drilling off the North Carolina coast has been strong, according to an industry public opinion poll, but the rationale behind the fervor might cool under close scrutiny of the asserted benefits.

That’s according to Laura Taylor, director of the Center for Environmental and Resource Economic Policy and professor of agricultural and resource economics at N.C. State.

She was one of the speakers at the N.C. Coastal Federation’s recent forum, Shaping Our Economic Future: Offshore Drilling in N.C., held in New Bern.

Taylor, in her presentation, explored the economic and other benefits that have been offered as reasons to pursue drilling off the Atlantic coast. Enhancing the nation’s energy independence, lowering fuel prices and creating jobs are the big three reasons often cited, but what’s the reality?

“We cannot be independent of a globally traded commodity,” Taylor said, referring specifically to petroleum products, for which prices are set on international markets.

Increased domestic production of oil and natural gas insulating the U.S. from certain trading partners and price shocks on international markets, Taylor said, are “straw man arguments.” That’s because the U.S. supply is so small, relative to global production.

Meanwhile, the amount of recoverable natural gas in Atlantic offshore reserves is expected to be a relatively small part of the market — probably less than 1.5 percent of the total. Within the United States, natural gas prices tend to vary regionally, with prices in New England and South Atlantic states running higher than mid-Atlantic and other states and the overall U.S. average.

But international markets for natural gas are changing. Prices in North America in the past decade are falling lower and lower relative to those in Europe and Japan.

Proponents say moving forward with drilling off the N.C. coast would create jobs and make America less dependent on foreign sources of energy.

Taylor says the United States is already largely independent in regard to natural gas production and consumption.

“We are already largely independent as far as natural gas,” Taylor said, adding that the United States is both an exporter and an importer of natural gas, with exports “growing dramatically since the advent of horizontal drilling.”

With regard to petroleum, the United States is producing 73 percent of its demand, according to preliminary 2014 numbers the U.S. Energy Information Administration released in February.

“We’re producing more and more of what we consume,” Taylor said, adding that OPEC is no longer the major source of U.S. imports.

If the motivations driving the push to drill are to insulate the United States from certain trading partners and provide protection from price shocks, then a certain level of success has already been achieved, Taylor said.

The United States has since about 1994 imported crude oil and petroleum products in decreasing amounts from member countries in the Organization of Petroleum Countries, or OPEC, and more and more from non-OPEC countries.

Of the nearly 3.4 billion barrels of crude oil and petroleum products imported into the United States, Canada is the leader, providing 36.7 percent of total imports — about three times the amount imported from Saudi Arabia. Mexico provides about 9.1 percent and Venezuela about 8.6 percent. Other countries, such as Iraq, Russia and Kuwait, each contribute less than 4 percent.

A more realistic estimate puts the Atlantic OCS reserves at less than a tenth of 1 percent of global reserves, according to figures from the Bureau of Ocean Energy Management.

The most likely estimates of reserves in Alaska’s Arctic National Wildlife Refuge, about 5.7 billion barrels, amount to about 3.4 percent of U.S. daily consumption of 19 million barrels. If ANWR were fully developed, optimistic estimates put the effect on West Coast gas prices at a 2- to 3-cent per gallon drop, Taylor said.

According to 2013 estimates, the estimated number of jobs in North Carolina resulting directly from oil and natural gas production off the coast is about 20,000 by 2035. Another 35,000 new jobs would be created as an indirect result, in other industries that spring up or existing industries that add staff in response to the economic growth.

Compared to current employment figures, which rank health care as the largest employer at nearly 585,000 jobs, the positions directly resulting from oil and natural gas industry growth would max out near the bottom of employment list as ranked by size. That’s fewer jobs than exist in the agriculture, forestry, fishing and hunting employment sector, which currently employs about 29,500.

In coastal North Carolina, the tourism industry is already comparable to mid-level predictions for oil and gas industry economic output 21 years from now, said Lee Nettles, director of the Outer Banks Visitors Bureau and another invited speaker at the federation’s forum.

Nettles said the projected growth in the N.C. coastal tourism industry by 2035 is comparable to the highest economic benefit estimates for oil and gas industries, which top out at around the $5 billion mark by that time.

Also, the number of projected tourism jobs in coastal counties by 2035, based on current trends, is greater than the mid-level projection of oil and gas jobs by that time, he said.

Nettles said promises of economic benefit from oil and gas come at the peril of a proven tourism industry.

“Oil and gas is a threat disguised as an opportunity,” Nettles said.

Other economic considerations for the state include the possibility of sharing in the federal revenues from offshore oil and gas production.

“Revenue sharing has long been seen as the biggest economic benefit,” Taylor said, adding that revenues of $855 million per year are projected for 2035.

Lawmakers from North Carolina, including Republican U.S. Sens. Richard Burr and Thom Tillis, and other East Coast states are pushing for a revenue-sharing agreement, but the Obama administration is opposed to new or expanded offshore revenue sharing.