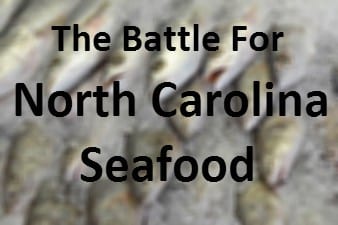 This is the second of a five-part series examining who is in control, who is being ignored, and who has no voice at all in the management of the state’s multi-million dollar resource of finfish and shellfish that live in our coastal waters.

Approach any recreational angler wetting a line from the surf, a pier, a bridge or a boat and ask, “Are you a member of the CCA?”

It’s far more than an even bet that not only will the response be “No,” but more than likely, “What is the CCA?”

But visit legislators in Raleigh and ask them about the Coastal Conservation Association. Chances are every single lawmaker knows of the CCA and has likely been lobbied by a representative of the group.

When Sam Walker and myself traveled to Raleigh in 2014 to interview Sen. Bill Cook and Rep. Paul Tine, we brought with us a basket of questions.

At that time we both were researching the Marine Fisheries Commission in North Carolina and how the CCA might be influencing the panel.

We were also interested in the Game Fish Bill, legislation pushed by the CCA almost every legislative session to ban the commercial sale or harvest of three popular fish species in North Carolina: red drum, striped bass and speckled trout.

Another issue being pushed that year by the CCA was a Joint Enforcement Agreement with the federal government, whereby North Carolina’s Marine Fisheries law enforcement arm would receive federal dollars and manpower in to beef up policing the waters.

The joint enforcement agreement was opposed by commercial and grassroots recreational anglers, but the state House added language that on the first pass required the state to enter into it.

Before we visited Raleigh we contacted David Sneed, the Executive Director of the North Carolina chapter of the CCA.

Our first question was, “How many members does the CCA have?”   Sneed responded by e-mail that the CCA has membership “of just under 2800 members in N.C. and around 100,000 nationally.”

Considering 800,000 recreational anglers hold licenses in North Carolina, while numerous others fish from piers and charter boats without individual licenses, the influence exerted by the Coastal Conservation Association seemed far out of proportion to its membership numbers.

When we asked both Sen. Cook and Rep. Tine how such a small group could exert such a huge influence over the legislature and the Marine Fisheries Commission, both election officials responded with one word.

Cook mentioned how commercial fishermen lacked the money and time (“they are too busy working their boats”) to have much influence in Raleigh.

Tine said that not only did the CCA hire powerful lobbyists with deep ties to the legislature, but when they lobbied individual legislators, they had two distinct advantages. First, while their membership may be small, the CCA does a good job convincing legislators they represent hundreds of thousands of voters among recreational anglers.

Second, only a handful of legislators represent districts where commercial fishing is economically important, meaning there is little political risk for non-coastal legislators to side with the larger recreational community and their lobbying groups.

The CCA in North Carolina’s membership list is not made public, nor does the organization maintain a political action committee that disburses funds to candidates in a way that can be tracked on the State Board of Election’s website.

While Cook and Tine both cited the money the CCA is able to spread around Raleigh, there is no way to track its political contributions and connect those to votes on legislation such as the Game Fish bill or the Joint Enforcement Agreement with the federal government.

Likewise, the CCA, over the past two years, has steered the North Carolina Marine Fisheries Commission, the oversight committee that sets fisheries policies, which are in turn enforced by the Department of Marine Fisheries and its director, Dr. Louis Daniel.

Consider what the CCA has been able to accomplish.

In 2011 and 2012, the organization came within a whisker of getting the Game Fish bill, which would have reallocated the entire state catch of striped bass, red drum and speckled trout to recreational anglers to the floor of the House.

What turned it around, to the surprise of the CCA, were individual commercial fishermen and their families who took the time to travel to Raleigh and force legislators to look them in the eye and tell them they deserved to be put  out of business.

Shortly after the defeat, the CCA found a new executive director and a new lobby firm, and began attacking the game fish species from a different angle; targeting other fisheries such as shrimp, shad, and herring and trying to outlaw methods and gear that leave more of the catch for their clients.

In 2013, a single individual, Timothy Hergenrader, who often writes letters to state legislators and is thought to be a CCA member, was able to file a petition, and on his own was granted a public hearing in New Bern before four marine fishery advisory committees.

The petition requested a total ban on all shrimp trawling in internal waters of North Carolina, effectively limiting shrimping to open ocean harvest.

Imagine any single individual being able to force such a meeting of any other state regulatory commissions such as the Insurance or Utilities commissions.

Two former employees of the Division of Marine Fisheries and one former member of the Marine Fisheries Commission told the Voice that recreational and at-large members of the CCA pressured Daniel to schedule the hearing.

One of those former employees told us the hearing date was delayed and changed by DMF leadership when it became apparent opposition to the proposed ban was large enough that approval of the measure was in doubt.

Indeed, the DMF website at the time showed the meeting date struck through in red and rescheduled for a later time with no explanation of the delay.

The CCA was also instrumental in getting the state House to pass a bill during the 2014 session requiring the state to enter into a Joint Enforcement Agreement with federal authorities.

Opposition from the state Senate resulted in the language being watered down by saying the director, Daniel, “may” enter into such an agreement rather than the original “shall.”

In the 2015 session, Cook’s office was able to change the language once again—this time prohibiting the DMF from entering into such an agreement.

The CCA also pushed, and the MFC supported, a bill requiring charter boat captains to keep a geo-location log of every fish caught on their boats.

Charter boats walk a fine line between recreational and commercial industries, but most charter captains in Dare County place themselves in the recreational category and opposed the bill.

As a result of an FOIA request to Cook’s office, we learned that one MFC member, Anna Beckwith, sent an e-mail as an Fisheries Commission member to Cook’s office asking him to support the logbook provision and Joint Enforcement Agreement.

Once again, Cook’s office forged an alliance with other senators and House members, and the logbook provision did not become law during this session.

In part three, we trace the origins of the CCA on a national level.