Daniel, head of N.C. Division of Marine Fisheries, steps down 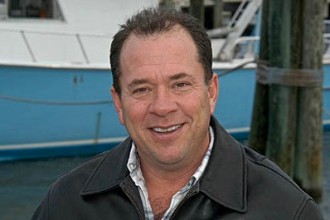 The director of the N.C. Division of Marine Fisheries, Louis Daniel III, submitted his resignation Monday afternoon after just over nine years in the position. 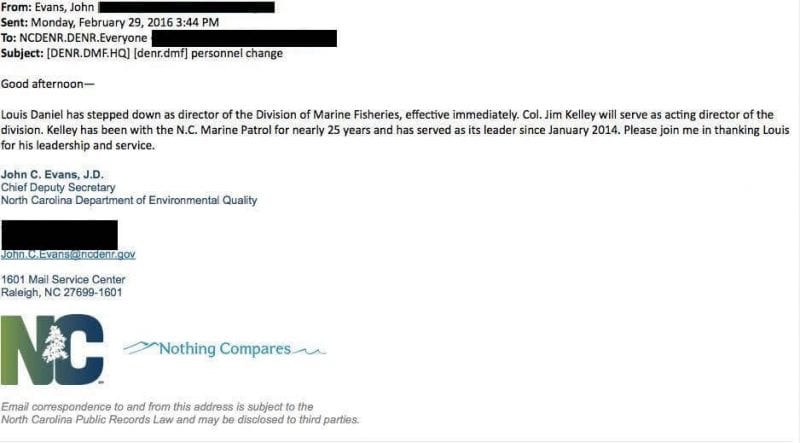 The resignation was announced by e-mail Monday afternoon to the entire N.C. Department of Environmental Quality.

The division has not issued a statement on the resignation or succession plans. The office of Gov. Pat McCrory did not respond to calls or e-mails requesting comment.

According to a source at the state capitol, Daniel was offered another position in state government at the same salary he earned when he assumed his position as director.

The source, who spoke on the condition of anonymity because they were not authorized to do so, said Daniel will not be working in any area related to regulation of fisheries.

N.C. Marine Fisheries Commission member Janet Rose of Currituck learned of the resignation Monday evening, and said she was shocked by the announcement.

Rose added she was not aware of what may have led to Daniel’s sudden departure.

THIS IS BREAKING NEWS…CHECK BACK LATER FOR MORE DETAILS