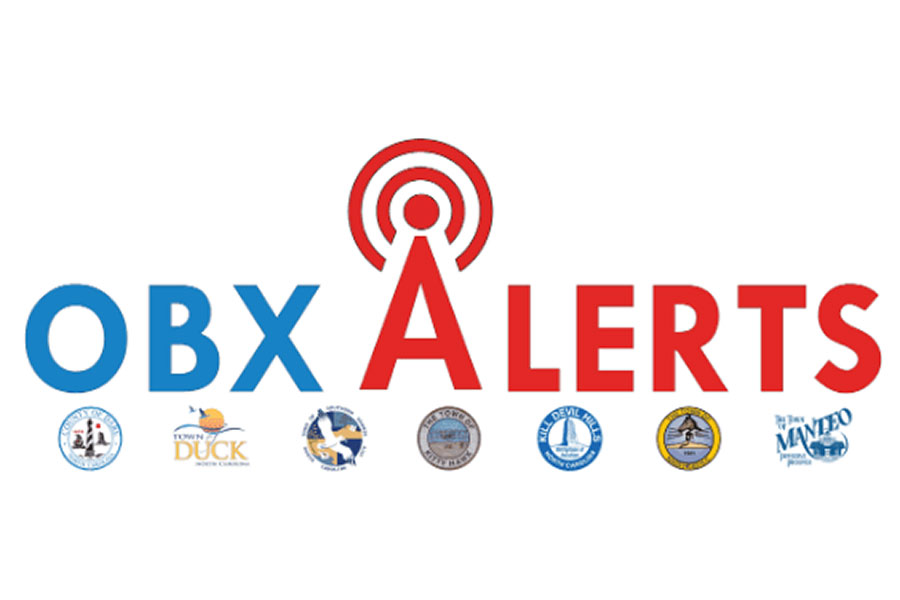 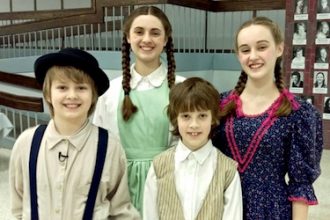 “Huckleberry Finn,” Levi Phillips, and his “classmates” after the show on April 8. (Jerrika L. Waller)

Over the second weekend of April, the Emmerich Theatre Production Co. ran Tom Sawyer, by Ric Averill, at the College of The Albemarle Performing Arts Center in Elizabeth City. The play brought the classic Adventures of Tom Sawyer by Mark Twain to the stage.

An enthusiastic 39-member cast with chemistry brought the rural Missouri town of Hannibal to life.

The show is an example of the growing opportunities for people to get involved in their community and the arts in an engaging and rewarding way.

Several members of the Tom Sawyer cast were children and took different routes to performing in theater. They shared their favorite scenes, noting the play’s highlights and revealing theater’s range of appeal for young people.

Joshua Panek, who played Tom Sawyer, read the novel and was eager for the chance to play the title character of “his favorite book.” He has been in four performances at COA. What most drew his attention was “when Tom does the right thing and saves Muff Potter.”

Levi Phillips, one of four siblings in the production, performed his first speaking role as Tom’s partner-in-crime, Huckleberry Finn. For Phillips, theater is a family affair. He started because his sister did, and his mother Robin said “all six of us,” including Phillips’ father, are involved somehow in different performances. Phillips most likes the surprise and intensity when Tom and Huck witness Doc Robinson’s murder in the graveyard.

Libby Mae Coker, who played the charming new girl in town, Becky Thatcher, likes the courtroom scene because “the tension was growing and it was probably the best scene.”  She first got involved in theater through plays at her church, and was introduced to performances at COA through her church music teacher and a friend who also performed in Tom Sawyer.

Truman Surface also had his first speaking role in Tom Sawyer as the ever-watchful Sid, and says that he enjoyed giving his lines during Tom Sawyer’s amusing funeral. His first show was last month’s Oliver!, so he was particularly excited to play one of the main characters in Tom Sawyer.

Tami Brock — playing Tom’s classmate Rachel — “really likes the dancing” during the big town picnic. Brock started performing after her school came to see other plays at COA, and warmly mentioned how rewarding it is to work on projects with “people being nice and people who are weird and fun.”

The draw of camaraderie and the opportunity for expression are crucial parts of bringing children and adults into theater as the artistic scene in Elizabeth City expands.