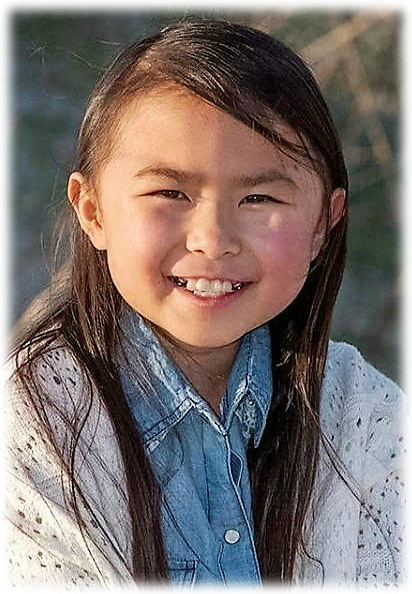 Noelle Yan Breit, 10, of Kitty Hawk passed away on Wednesday, September 21, 2016 at Children’s Hospital of the King’s Daughter in Norfolk, Virginia. Born on November 9, 2005 in Hunan, China, Noelle was adopted by Barry Andrew Breit and Deborah Lynn Crandell Breit on August 21, 2006 at the age of 9 months.

She was welcomed into the family by her brothers, Andrew, Noah, and Cole Breit; grandparents, Marylouise and the late James Breit, and Donald and Shirley Crandell; and several aunts, uncles, cousins and nieces.

A Kitty Hawk Elementary School 5th grader, Noelle was very active in a variety of activities. She loved arts and crafts, riding her bike, and singing and dancing when no one was watching. She also played soccer, basketball and softball with Dare County Parks and Rec, and was a member of Duck United Methodist Church.

A memorial service will be held at 11 a.m. on Saturday, September 24, 2016 at Duck United Methodist Church with the Rev. John Tyson officiating.

In lieu of flowers, memorial donations may be made to the Children’s Hospital of the King’s Daughter Cancer and Blood Disorder Programs, PO Box 2156, Norfolk, VA 23501-2156 or online at www.chkd.org.

Twiford Funeral Home, Manteo is assisting the family with arrangements. Condolences may be expressed at www.twifordfh.com.