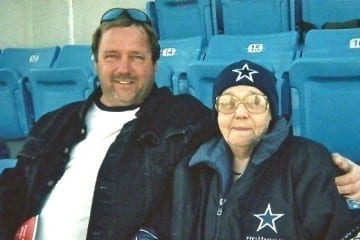 Joe Storie was killed in a 2011 accident.

A recent decision by the North Carolina Court of Appeals marked one small step forward in a North Carolina family’s quest for justice in the tragic death of Joe Storie.

Gregory had put up an unsecured bond for Luis Rodriguez, who had been charged with one felony count of death by vehicle and two felony counts of serious injury by vehicle as a result of a fatal car accident.

The accident occurred on Oct. 5, 2011, and resulted in the death of Storie, a Lenoir resident who was vacationing here. Storie was a passenger in a pickup that collided with Rodriguez’s vehicle after the defendant allegedly ran a flashing red light at the intersection of U.S. 158 and Colington Road.

Initially, bonds for the three counts filed against Rodriguez were set at $100,000. Rodriguez’s attorney appealed, and a hearing was held on Jan. 8, 2012 in Dare County Superior Court with the Judge J.C. Cole presiding.

Prosecutors reminded the court that Rodriguez had fled to Raleigh after walking out of a Norfolk hospital where he was being treated for injuries in the accident. They also alleged Rodriguez was in the country illegal since his work visa had expired.

Ten days later, after Gregory posted 15 percent of the bond, or $7,500, Rodriguez was released from the Dare County Detention Center.

Rodriguez was next scheduled to appear in court on April 23, 2012, a date he missed.

Warrants were issued for his arrest, but Rodriguez has not been found and has not stood trial on the charges related to the death of Joe Storie.

The sequence of events surrounding Rodriguez, starting with the reduced bond and ending with his flight from the jurisdiction unnoticed and unmonitored by local authorities, has taken a tremendous emotional toll on the Storie family.

Since the 2011 accident, family members have met with the Voice several times and kept us current on their efforts to locate Rodriguez and return him to Dare County to stand trial.

In addition to trying to keep law enforcement focused on capturing Rodriguez, the family has met with officials to try and understand how the legal system allowed the bond to be lowered on an alleged illegal immigrant charged with a felony count of death by vehicle.

The family was also upset that Rodriguez’s whereabouts were not subject to monitoring while he was out on bond.

In 2013, Chris Storie and her two sisters visited the Outer Banks to meet with KDH police Chief Gary Britt. Britt failed to show for the meeting and did not return the family’s phone calls, sending Assistant Chief Dana Harris to meet in his place.

After that meeting, the family visited the Dare County Clerk of Court’s office to check on whether the bail bondsman, Matthew Gregory, had been forced to pay the bond since Rodriguez failed to appear in court.

The Stories were informed that the District Attorney’s office and lawyers for the Dare County Board of Education, the beneficiary of forfeited bonds, had agreed to waive the forfeiture and therefore, Gregory was not forced to make good on the $50,000 bond.

The Clerk’s office would not give the Storie family access to the files.

Subsequently, the Voice visited the office and spoke to then-Clerk of Court Merlee Austin, who allowed us to look at the bond file.

In the file, we discovered that the bondsman had submitted a document claiming the reason Rodriguez skipped his court date was because he was incarcerated at Central Prison in Raleigh on the day he was supposed to appear in Dare County Superior court.

However, there were no dates on the document to show that he was in jail on April 23, the day he missed the court appearance.

The Voice provided an update on Oct. 6, 2013, but based on the documents, the D.A.’s office recommended setting aside the forfeiture, and the Dare Board of Education attorneys did not object.

From there, the family, led by Chris Storie, took up the cause to have that decision reversed.

The district attorney who had signed off on waiving the forfeiture, Frank Parrish, passed away unexpectedly in 2013 and was replaced by Andrew “Andy’ Womble.

The family met with Womble and presented him with the facts surrounding the bond waiver. After reviewing the file himself, Womble determined that the waiver had been granted based on false information and he ordered the bond forfeiture reinstated.

Womble’s action kickstarted a series of appeals filed by Gregory’s attorney and the re-engagement of the Dare County Board of Education, who sought not only relief from the waiver and payment of the bond, but also sanctions against Gregory.

Gregory’s attorney’s appealed the decision, and the case landed in Dare County Superior Court on May 11, 2015 with the Judge Jerry R. Tillett presiding.

After the hearing and the filing of subsequent materials and affidavits, Tillett ruled in favor of the Dare County Board of Education, concluding:

“The Bail Agent’s presentation of erroneous information which was material and constituted a mutual mistake, erroneous statements relied upon, or false and misleading information to Respondent and the Court constitutes an extraordinary circumstance … justifying relief from the operation of the judgment, and there is a showing that justice demands this relief.”

While Dare County school board attorney Kris Caudle noted in an e-mail to Chris Storie that Gregory could appeal to the North Carolina Supreme Court, it was doubtful the Court would agree to even consider it.

A bail bondsman being forced to forfeit $50,000 does not begin to make up for the loss of Joe Storie. Nor does it bring Luis Rodriguez to trial, an act that would provide some closure for the Storie family.

But after five years of frustration as they watched judges, law enforcement and a former district attorney allow events to unfold with no repercussions, Chris Storie was happy that at least one wrong had been righted.

She vows to continue her fight to bring Luis Rodriguez back to Dare County and to change laws that allow undocumented residents charged with serious felonies to avoid prosecution by posting bond and vanishing into the wind.