Distributors invest in lawmakers to keep tabs on craft brewers 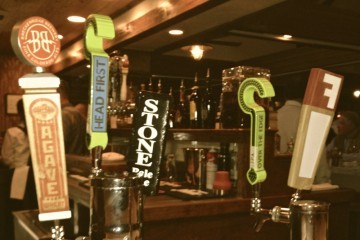 Craft brewers should keep an eye out for bills aimed at continuing to put limits on their small businesses.

Many of the small brewers want to expand, but a state law requires them to market their products through established beer distributors if they produce more than 25,000 barrels a year.

From 2013 through 2016, the North Carolina Beer & Wine Wholesalers PAC donated $523,000 to legislative candidates and party committees, according to the group. That ranks the PAC among the top dozen in the state for political donations.

Beer wholesalers and their immediate family members donated $941,000. The donations come from about 40 families who dominate beer distribution in North Carolina.

Other legislators also received donations but, according to the Charlotte Observer, Rep. Chuck McGrady (R-Henderson), a supporter of craft brewers, received none from the individual wholesalers and just $1,750 from the NC Beer & Wine Wholesalers PAC.

McGrady told the Charlotte Observer, “Money talks.” He said the state legislators he recruited in 2015 to co-sponsor a bill to help craft brewers later told him they needed to pull their names from the legislation because of pressure from the beer distributors.

Microbreweries are a growing business across the state, and several are located in northeastern North Carolina.

Meanwhile, recently filed legislation includes House Bill 206 sponsored by Rep. Beverly Boswell (R-Dare); Sen. Bill Cook (R-Beaufort) was a sponsor of the Senate’s corresponding bill. If made into law, the bill would require health plans that only cover intravenous treatment to include oral chemotherapy.

Rep. Bob Steinburg (R-Chowan) has sponsored H235, which that instructs school districts on how to choose which teachers may mentor less experienced ones. The bill would have principals give priority consideration to using mentor teachers who are rated as “distinguished” and “accomplished.” If a principal determines that a mentor teacher rated as “proficient” is the most appropriatea, the principal shall maintain records of the reasons for that determination.

Boswell also has sponsored H222, which if made into law, would expand the types of records that the State Auditor can share with state and federal law enforcement agencies to include documents used or found in investigations even if they didn’t lead to an audit.