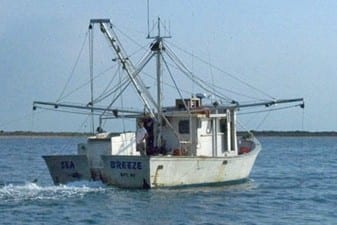 The N.C. Senate voted Thursday to put up a hurdle to proposed rule-making by the state Marine Fisheries Commission spurred by a petition that calls for more limits on shrimping in coastal waters.

SB 342 dictates that a collaborative shrimp gear study commissioned in February 2015 must be completed and reported by the stakeholder group created under a partnership of the N.C. Division of Marine Fisheries and North Carolina Sea Grant.

The North Carolina Wildlife Federation asked the state to designate waters in the sounds and 3 miles into the ocean as primary nursery areas for various species starting Jan. 1, 2018. The request includes cutting the number of days shrimping is allowed, the amount of time nets can be in the water and the size of equipment that shrimpers can use. It would also set minimum size limits for croaker of 10 inches and spot of 8 inches.

“This bill prevents extreme government regulations on one of our state’s most lucrative and important fisheries,” said Sen. Bill Cook, R-Beaufort, in a statement released Friday.

The Fisheries Commission voted 5-3 in February to accept the petition, despite recommendations to deny it by five separate advisory committees and hundreds of watermen and others who submitted written and verbal comments saying it would decimate the shrimp industry.

The measure, which Cook co-sponsored with Sen. Norm Sanderson, R-Pamlico, and Sen. Jerry Tillman, R-Randolph, passed on a 47-2 vote Friday and moved to the state House, where it was assigned to that chamber’s rules committee.

A similar bill introduced by Rep. Beverly Boswell, R-Dare, was approved by the House Wildlife Resources Committee on Monday, but stalled out before reaching the full House.

But that bill did not beat Thursday’s crossover deadline, when most proposals have to be approved by one chamber or the other to be eligible to be still considered during the two-year long legislative session.