May birding is spectacular on the Outer Banks 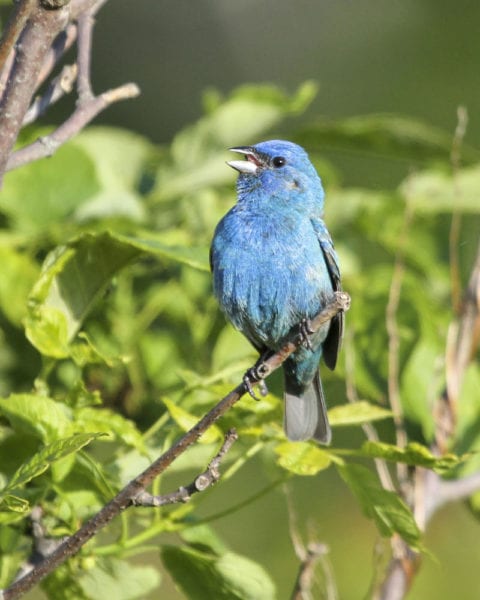 Story and photos by Jeff Lewis

May is an amazing month for birdwatchers along the Outer Banks.

Birds are either nesting or migrating north to nest. The question for the local birder is: do I head into the woods or to the local impoundment this morning?

Would I rather look for warblers, tanagers and grosbeaks or sandpipers, plovers and godwits?

Well, the weekend consists of two days, so do both!

The Alligator River National Wildlife Refuge hosts a dozen species of breeding warblers, and all are breeding by May.

Some are brightly colored and easy to see, others more drab and secretive. Learning their songs will help you find them.

Of course, warblers aren’t the only game in town, a nice variety of woodpeckers, flycatchers, and raptors nest on the refuge, as well.

Some of these birds also reside in Nags Head Woods and other wooded areas of the Outer Banks. The importance of knowing the sounds that the birds make cannot be over-emphasized.

For every bird that you see, you’ll probably hear a dozen. There are on-line resources or old-fashioned compact discs that can be purchased to aid you. This is probably the biggest bird-finding tip that I can ever give you!

In the open habitats of the refuge, Indigo Buntings and Blue Grosbeaks are nesting, especially along the edges. The bright blue males are easy to find if you follow their song. You should also hear Eastern Meadowlarks and Northern Bobwhites, especially in the early morning hours.

An added bonus that the Alligator River Refuge offers is the possibility of seeing bears, bobcats, and wolves in the roads and fields and otters and alligators in the ditches or up on the banks.

If you bird the patches of woods along the Outer Banks, hotspots being: the Bodie Island woods, the north end of Roanoke Island, Nags Head Woods, the Duck boardwalk and the Corolla lighthouse area, you can often find a good variety of migrant songbirds that have stopped briefly to refuel before taking off again for points farther north.

You may spot a brilliant Scarlet Tanager one minute, then a Rose-breasted Grosbeak or a Black-throated Blue Warbler the next.

Over twenty species of colorful warblers are possible this time of year, plus an assortment of flycatchers, orioles, vireos, swallows and thrushes.

It can be a birder’s paradise on the right day! Early morning beats the crowds of tourists, although evening can produce good birding, as well.

Shorebirds are also migrating north to breed, with many of them headed as far as the Arctic tundra.

Red Knots are actually red, Black-bellied Plovers actually have black bellies, and many other species are more brightly patterned than they will ever be during fall migration. 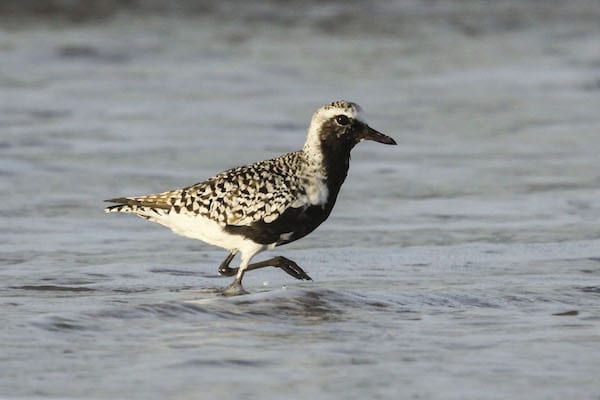 Even our familiar gray and white Sanderlings turn a nice brick red on their breast and upperparts. The best locations for these shorebirds are the impoundments at our local wildlife refuges and near the inlets.

The ocean beaches can produce good birding at times, especially the more secluded ones. In general, mudflats produce the greatest variety of shorebirds. Once again, early morning is usually best, in terms of bird activity, lighting and crowds/traffic.

Save the afternoon hours for time-with-the-family!

Only a few species of shorebirds nest here on the Outer Banks.

Killdeer are familiar to most people, beautiful and noisy, known for nesting on road shoulders, gravel parking lots, even in rock gardens. If you approach too closely to their nest, they will cry out and try to lure you away, fanning their wings and tail, pretending to be injured.

Noisy Willets nest in dense grass near salt marshes. Black-necked Stilts, with their bright red legs, nest in shallow impoundments, especially in Bodie Pond, usually in clumps of grass up on small islands. American Oystercatchers nest on high beaches or on islands.

Several species of terns nest on our beaches and/or the dredge-spoil islands in the sound.

Nesting on islands has the advantage of fewer predators.

Least, Common, Sandwich, Gull-billed and Royal Terns all nest on the Outer Banks beginning in May.

Least Terns will sometimes nest on flat rooftops. Forster’s Terns nest in the Pamlico Sound in marshy areas or on small, isolated islands.

In our residential areas, lots of nesting is underway, as well.

Prolific Mourning Doves may actually be starting a second brood!

Many of these species nest in thick shrubs or dense tangles, while others (Robins, Doves, Blue Jays) prefer trees.

Ruby-throated Hummingbirds also build their tiny, lichen-covered, cup nests in trees, usually in the crotches of small branches fairly near the end.

Locating a hummingbird nest requires lots of patience and perhaps a dose of good luck. Sit quietly in the yard and watch the hummingbirds to see where they fly when they finish feeding.

If you watch long enough you may eventually see them at their nest. Good luck!

Woodpeckers nest in cavities that they carve into dead trees. These holes are also used by Great Crested Flycatchers, Eastern Bluebirds, Tree Swallows, Carolina Chickadees and Brown-headed Nuthatches, or they may choose to nest in one of your bird houses! 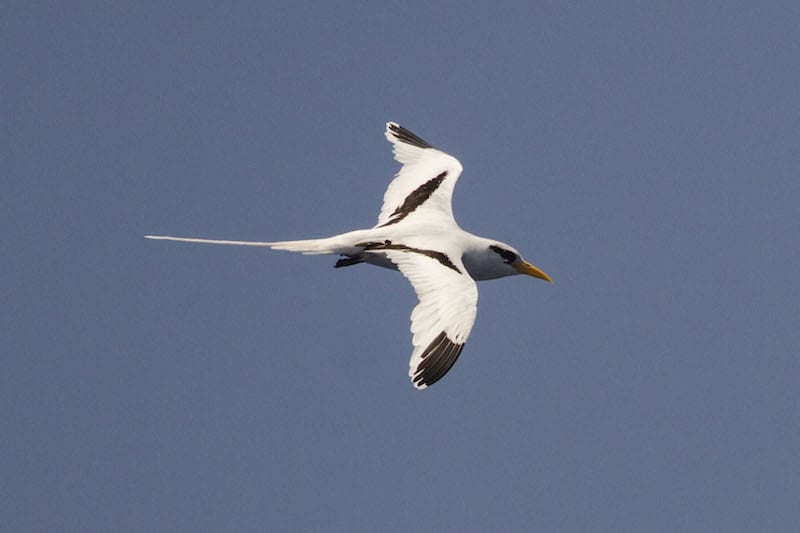 You might see a White-tailed tropicbird on a pelagic tour, along with whales and dolphins.

May and June are two of the best months. It is a completely different world out there, with shearwaters, petrels, storm-petrels, jaegers, skuas, tropicbirds, tropical terns and phalaropes available to thrill you!

Happy birding! Hope to see you out there!