Southern Shores joins the party for drinks at Sunday brunch 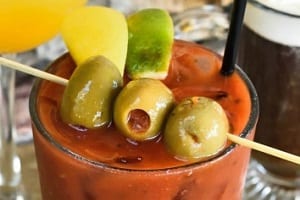 The Southern Shores Town Council amended its agenda Tuesday to include a  proposed ordinance allowing Sunday morning alcohol sales, then quickly signed off on the new state “Brunch Bill.”

Only three people commented in Kill Devil Hills, and they all favored the change. The state law mandated that earlier sales were contingent on local approval.

“The brunch bill is not only popular with restaurants and employees, but also with our guests, the lifeblood of our tourism economy, many of whom come from states that have already removed these restrictions . . . ” said Dan Lewis, president of the Outer Banks Restaurant Association.

Things have not gone as smoothly in Nags Head, where commissioners voted down an unscheduled motion Wednesday to approve Sunday morning alcohol sales, then recessed a special meeting two days later to allow for public comment.

They will take it up again on July 19.

Meanwhile in Kitty Hawk Monday, the City Council also was unanimous in approving the change, but not without some reservations.

“I personally don’t know what the people of Kitty Hawk feel about this,” said Councilman Jeff Pruitt. “We’ve been put in the situation by the state to pick and choose. It’s kind of a passing the buck situation. 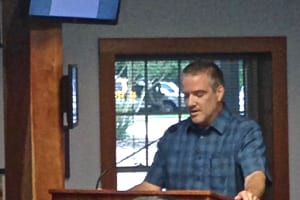 “I kind of wish that there had been some way for some kind of a public hearing so we could hear from the residents of Kitty Hawk before we take a vote. ”

Mayor Gary Perry added, “I agree with that. But at the same time, we’re in the peak of our season. We place our businesses in Kitty Hawk at a severe disadvantage to everyone else if we don’t . . . deal with this.”

Hyde County’s Board of Commissioners approved the change unanimously on Monday to allow Sunday morning sales in Ocracoke village and on the mainland. The Elizabeth City council decided to hold a public hearing before making a decision.

ABC stores will still be closed on Sundays, but in addition to allowing sales at restaurants earlier on Sundays, beer and wine can be sold starting at 10 a.m. Sundays at grocery and convenience stores.

According to reports from WRAL-TV and WITN-TV, business was brisk in Atlantic Beach, Surf City, Raleigh, Carrboro and Hendersonville, which were the first to approve the rollback last week.