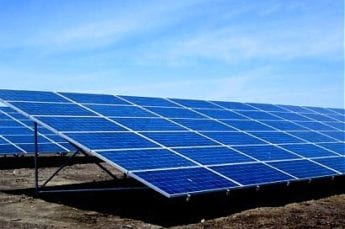 Chowan and Currituck counties are collaborating on an appeal against property tax breaks for solar energy producers and have asked North Carolina’s other 98 counties to join them.

The two counties have each sent a resolution to the North Carolina General Assembly, asking that the law that grants big tax breaks to solar energy producers be repealed.

That law allows the exclusion of 80 percent of the appraised value of solar energy electric systems from local ad valorem tax valuation, meaning that solar farms only pay property taxes on 20 percent of the property’s value.

It’s an issue that’s been discussed among county managers of all of the counties in northeastern North Carolina, said Chowan County Manager Kevin Howard.

“We’re the only ones that don’t have solar farms,” Howard said. Two solar energy facilities have been approved, he added, but construction hasn’t started on either.

“It’s a revenue source we’re looking at,” Howard added. “For us, when we need money for schools and other projects, it make sense.”

“The state repealed the state incentive, but left the county one in place,” Scanlon added. A state law that allowed a 35 percent tax credit on renewable energy systems ended Jan. 1, 2016.

Currituck’s chairman of the Board of Commissioners, Bobby Hanig, said commissioners want the law allowing the tax break at the county level to be repealed as well.

As a business owner, Hanig doesn’t see the law as fair.

Hanig added that Currituck commissioners aren’t against solar energy but would like to see solar electric systems be more of a benefit to the county.

The resolutions approved by Chowan and Currituck counties are similar, but there are some differences. For example, Currituck’s resolution spells out the loss of revenue to the county.

“We don’t have any construction, so we couldn’t include how much value they had,” Howard explained.

Because of the tax break, the solar energy systems in Currituck were assessed a combined business and property tax of $210,600, rather than the $1,008,000 any other commercial development would owe taxes on.

As part of the argument against the tax break, Chowan’s resolution includes information from a September report from the Solar Energy Industries Association.

That report states that the cost of installing solar energy production facilities has decreased 70 percent since 2010, and in North Carolina, costs have fallen by 64 percent over the past five years, according to Chowan County’s resolution.

There’s another difference in Chowan County’s resolution. It directs the clerk to the board, Susanne Stallings, to forward the resolution to the rest of the counties in the state, encouraging them to submit their own resolutions.

In Currituck, a solar farm in Shawboro has been completed, and the first phase of another, much larger solar farm in Moyock has also begun producing solar energy, with plans for its expansion already approved.

Currituck commissioners denied a permit request for a third solar farm in Grandy, and has a moratorium in place prohibiting new solar farms until the county has revised its ordinances.

“Before we allow another one, we’re going to be sure we dot our ‘i’s’ and cross our ‘t’s’ and get it right,” Hanig said.