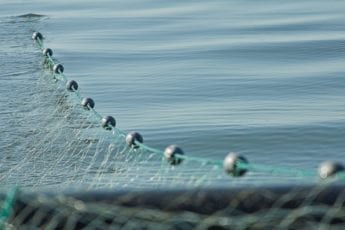 Imagine you hold a state license in your profession, say as a general contractor.

Then you start a side business that takes off. Maybe it’s a restaurant or a consulting business. Soon, it accounts for more than half of your income.

And while you’re working harder than ever before, your financial situation has improved: Paying all the monthly bills with money left over, better educational opportunities for your children, or buying a bigger home with space for a growing family.

At the same time, your original business continues to thrive while providing a valuable service and an irreplaceable part the family income.

Then the State of North Carolina comes knocking, demands to audit your financial records and informs you that since you no longer earn more than 50 percent of your income from your “licensed” profession, you are no longer a general contractor.

Sound absurd? I thought so too.

The North Carolina Marine Fisheries Commission is going to consider just such a proposal at its meeting in Wrightsville Beach in February under the seemingly benign guise of “redefining a commercial fisherman.”

The proposed definition would require standard commercial license holders to earn at least 50 percent of his or her income from commercial fishing, make $10,000 or more a year in fish sold, and also turn in 36 or more Trip Tickets per year.

As absurd as it sounds, the proposal was not surprising.

A three-person committee selected from the nine-member commission came up with the new definition and less than 30 minutes into their Jan. 11 meeting approved sending it to the full panel for discussion.

Critics say the swiftness and lack of input from interested parties during the panel’s deliberations led them to believe the committee had come together with a predetermined outcome and had hoped to push the measure through with little notice from the commercial fishing community. 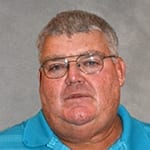 What was surprising was that committee member and Marine Fisheries Commission chairman, Sammy Corbett, supported the proposal.

Corbett represents one of three seats on the commission that are reserved for commercial interests, one of two sides set up by statute to regulate the state’s fisheries, with the other side comprising recreational interests.

Thanks in huge part to appointments made by Republican former Gov. Pat McCrory to the commission, the recreational side lays claim to not only their three reserved seats, but one of the at-large spots.

One seat assigned to the scientific community had also turned into a fairly reliable recreational vote, and despite meaning the commission had a 5-to-3 recreational fishing majority.

Corbett seemed to back arguments that the new definitions were needed to eliminate commercial fishing licenses held by recreational anglers who used the licenses to skirt catch limits.

They also cited that out of almost 7,000 licensed commercial fishermen, only 2,973 actually sold their catch last year.

Additionally, supporters of the measure cited reports that high-end recreational boats were outfitted with commercial-grade gear because the owners held commercial licenses, another sign that licenses were being abused.

Of course, none of these criticisms were supported by data that revealed that those 4,000 commercial fishermen were recreational anglers in disguise, nor was any evidence offered to demonstrate stealth commercial fishing boats were out there pretending to be recreational charters.

All of this focus on the new measure being designed to help commercial fishermen by purging rule-abusing recreational anglers provided perfect cover for the group that, as Dare County commissioner Jim Tobin noted, was really behind the proposed rule change.

The CCA, using its national and state organizations, has been relentless over four decades in persuading state legislatures and marine fisheries commissions all over the country to ban certain species from commercial harvest, eliminate the use of traditional fishing methods such as net trawls and pound nets, place onerous catch limits on commercially targeted species, as well as burying commercial fishermen under a bevy of regulatory closures, gear restrictions, enforcement monitoring and paperwork. 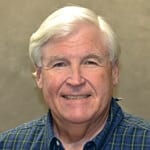 And the presence of former CCA board member Chuck Laughridge on the committee is reason enough to doubt this proposal can’t possibly be in the interests of the commercial industry since Laughridge has never made his dislike of commercial fishing a secret — before or after his appointment to the MFC.

Thus, his support of the rule change should raise concerns throughout the commercial industry.

But when all is said and done, Dare County Commissioner Jim Tobin’s recollection of his own commercial fishing career is the most telling.

Tobin, who has held a commercial fishing license for the last 15 years, described two major problems he had with the new proposal at the Dare commissioners meeting in mid-January.

“I don’t fit into any of these categories,” Tobin said. “It says 36 Trip Tickets. I fish pound nets for flounder. It’s about a six-month job to get flounder nets prepared and set and you got three months of fishing and you fish two days a week because you let them sit for several days before you fish them.

So much for using Trip Tickets or the $10,000 minimum as a means to identify recreational anglers hiding behind a commercial license to abuse the system.

But what Tobin said next was even more telling.

“I also have a real problem with 50 percent of the income,” Tobin said. “This is basically telling you that you cannot be a commercial fisherman and go out and have other businesses and other jobs.” 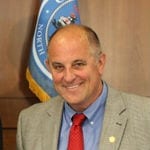 “In my first year (of fishing) I went out and inspected nuclear power plants and I owned a garden center. I made more money doing that than I did from my first year of commercial fishing,” Tobin said.

“It’s un-American to tell someone they cannot go out and provide and work hard for their family and not qualify to be a commercial fisherman,” Tobin said. “This is horrible.”

“This is brought to you by the same people who brought you House Bill 867. It’s the CCA. It’s Chuck Laughridge and its horrible. I totally oppose this bill.”

And as a Republican, I suspect Tobin is upset at his party’s former governor, the GOP-controlled state legislature, and other Republicans who have allowed the CCA to get into their pockets, take control of the MFC, and destroy the livelihood of so many people.

There is not one shred of economic or scientific evidence commercial fishing has cost the recreational industry in North Carolina a dollar of revenue or a single job.

There has never been any scientific evidence offered that commercial fishing is harming the state’s fish stocks any more than the damage that may or may not be caused by recreational anglers to those same stocks.

And the Republican Party has always said they were about free enterprise, the working man and woman and how small business is the backbone of our economy. The GOP opposes regulations they claim overburden small businesses. They are wary of environmental science they feel is flawed and deployed primarily to harm business interests and serve political agendas of the “other” side — the political left.

Yet, over the past six years, the GOP has lived up to a different stereotype.

The party has always fought the image of catering to big business and the wealthy and nothing speaks to that stereotype than the CCA.

The group was founded in Texas by oil money and representing not the weekend angler, but those with wallets large enough to donate under the radar (the CCA never runs its political donations under its PAC in North Carolina), and boats big enough to require marina dockage.

Under the Democrats, the CCA made significant in-roads into the General Assembly and the Marine Fisheries Commission.

When the GOP and McCrory arrived, local commercial fishermen, who have long-supported Republicans, felt the pendulum would swing their way.

They’ve been disappointed in a major way.

The GOP-controlled General Assembly has been extremely CCA friendly, as was Gov. McCrory.

While our local representatives, Sen. Bill Cook, R-Chocowinity, and Rep. Beverly Boswell R-Kill Devil Hills, as well as Boswell’s predecessor former Rep. Paul Tine, I-Nags Head, have fought hard against the CCA, they’ve had to fight even harder against their own party in trying to protect commercial fishing from the CCA.

Even the Republican-leaning N.C. Chamber of Commerce has been conned into supporting the CCA’s agenda.

The state Republican Party wasted time repealing a plastic bag ban that cost no jobs locally and amounted to a rounding error on the profits of local chain grocery stores because of the alleged harm and regulatory burden it placed on the helpless likes of WalMart and Food Lion.

One has to now question why they are aiding a different self-described environmental group to destroy a business that has an estimated value of $25 million annually to Dare County’s economy alone and supports entire communities such as Wanchese and Stumpy Point.

It’s time for all us, and the majority party, to stand up to these privileged bullies who want to keep a resource that benefits us all, including consumers, all to themselves.