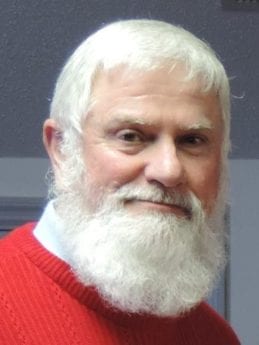 Back in December 2016, the N.C. Marine Fisheries Commission sent a letter under the signature of Chairman Sammy Corbett to every member of the General Assembly requesting that they take a look at changes for commercial fishing licenses. » Click here to read the letter

To my knowledge, not one member of the General Assembly made any effort in 2017 to act on the MFC’s request. So where’s the boogeyman here, either Republican or Democrat?

It is true that former Gov. Pat McCrory’s (R) appointments to the Marine Fisheries Commission just a few days prior to the 2016 election were horribly one-sided, and the fisheries management process is now being laid waste as a result.

However, it’s also true that Gov. Roy Cooper’s (D) appointments last month avoided any attempt to bring the commission back to fairness.

Governor Cooper made the makeup of the commission even worse than noted in the commentary!

The commentary incorrectly notes that the vacancy was an at-large position but in fact both at-large seats were filled by Governor McCrory with recreation interests in 2016. The vacant seat was a recreational industry seat held by Joe Shute who resigned last year.

What makes the most recent appointments so glaringly bad is the one for the science seat, which went to an individual that is hardly objective which is a trait so needed.

James “Pete” Kornegay did some work for the North Carolina Wildlife Federation on their “Sound Solutions” campaign as an advisor to their anti-shrimp trawl and anti-gillnet campaign.

The scientist should be an arbiter in these contentious debates using an objective scientific viewpoint. But Governor Cooper allowed the money to make the decision rather than common sense and fairness.

If it’s true, as asserted in Russ’ commentary, that the GOP controlled General Assembly allowed the CCA to get in their pockets, H867 would have passed the House and Senate and sent to Governor Cooper’s desk last year.

Fact is, the bill was discussed in the House Republican caucus and was rejected by the overwhelming majority.

Although it’s still “alive” for the short session, the bill never made it out of the House Committee. If the bill would have somehow managed to get through the House, it was DOA in the Senate. Why is that?

It’s because hard working fishermen, indeed all of the “working class” in eastern North Carolina, have some very good friends on both sides of the aisle in the General Assembly.

If it weren’t for those legislators from the west with empathy for the working class, commercial fishermen in North Carolina would have been toast long ago.

I agree with the tenor of Russ’ commentary, but do not lay this on the back of the GOP.

Fact is, the war against the working class seems to be an infection derived from inhabiting the Governor’s Mansion. Governor McCrory did it in November 2016 and Governor Cooper continues in 2018.

NCFA had a very good relationship with the staff in the Governor’s Office under McCrory as well as currently under Cooper.

We made excellent nominations for the Marine Fisheries Commission, assuring that the nominees would be fair as per the Fisheries Reform Act, fully qualified and not an embarrassment to the state or the governor.

Each time when the process gets to the governor’s desk, it’s turned upside down by those who raise a lot of money for their respective parties.

In Gov. Cooper’s case, it’s Rob Bizzell from Kinston, a pharmacist and founder of the REALO drug chain.

He was first appointed to the commission by then-Gov. Beverly Perdue (D), and word has it that Gov. Cooper will name him as chairman again this summer.

Commercial fishing families are being regulated by an orchestra of recreational interests with a pharmacist as their conductor with the approval and complicity of the Governor.

Let’s suggest a commercial fisherman be named as President of the North Carolina Board of Pharmacy and see what response we get.

They all serve at the pleasure of the governor. Gov. Cooper should scratch the entire makeup of the Marine Fisheries Commission and start over, now!

If not done by the start of the short session, the General Assembly needs to fix it legislatively. The Governor’s Mansion should not be for sale. Not now, not ever.