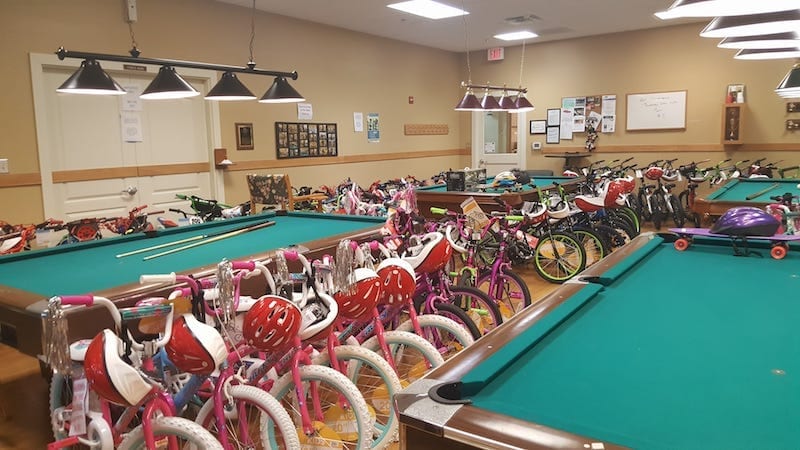 The Dare County Motorcycle Toy Run wrapped up their 2017 charitable works in grand style and are planning an even bigger 2018.

This was the group’s second year since being revived by organizer Terry Gray and others.

For many years, Vertigo Tattoo owners Brian and Heidi Mervine organized and managed a Toy Run, but a run of successive years of bad weather shut the event down.

The 2016 edition run helped just under 400 children, distributing about $15,000 in cash and toys to two local charities. 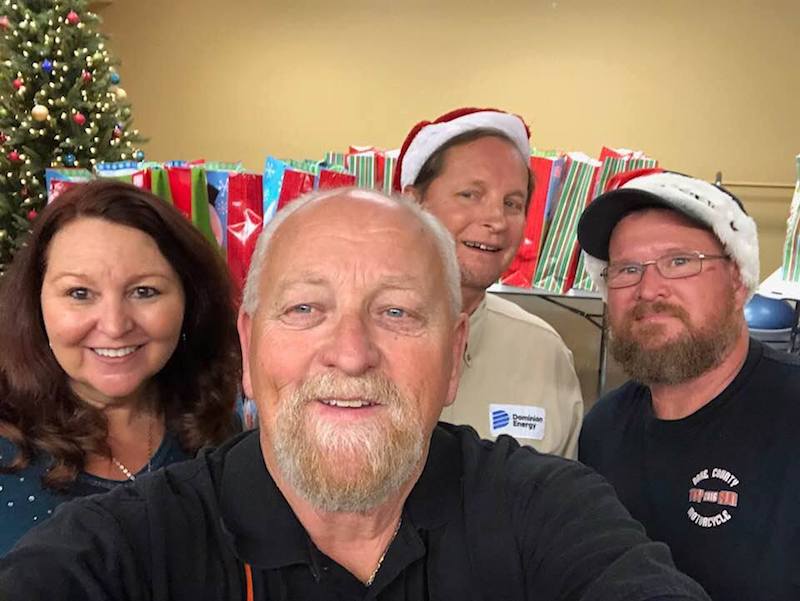 (L to R) Teri Grubs, Terry Gray, Chris Decou and Shane Baum are four of many key players that made the 2017 DCMTR a success.

The 2017 Toy Run saw both sets of numbers increase dramatically, with over $25,000 in cash and toys donated to The Source Church and the Dare Center, guaranteeing 573 children had a Christmas gift on December 25.

Even more impressive, with the increase in funds raised, the Toy Run was able to provide the children who qualified for the programs with some very nice gifts.

As a result of the success of this past year’s Toy Run, the Dare Center was able to add children between 13- and 16- years-old to their Christmas gift lists for the first time.

And while the next Toy Run is still a few months down the road, the group isn’t waiting for September to start raising money.

In fact, Gray told the Voice in 2018 they are adding a new event and want to expand the group’s charitable donations into a new arena-college scholarship awards.

So get ready for a poker run weekend, slated for April 26, 27 and 28 during the OBX Bike Week. 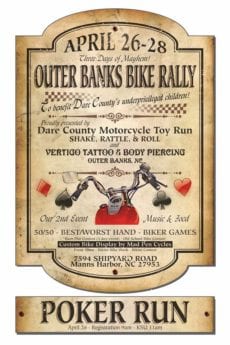 More than just a poker run, the group plans to headquarter the three-day event at an old Bike Week haunt, Vertigo Tattoo, and they are inviting three other non-profits, Manns Harbor Volunteer Fire Department, the Christian Motorcycle Association and the Dare County Shrine Club, to raise money for their own causes at the Vertigo venue.

If enough money is raised, they envision having a separate scholarship fund for each of Dare’s primary geographic areas of Hatteras Island, Roanoke Island/Mainland Dare and the northern beach region.

And of course, they are hoping for another record-setting year for their Christmas gift programs.

While the Voice will continue to keep up with the group’s 2018 efforts, in the interim you can keep up with what the DCMTR is up to on their public Facebook page, https://www.facebook.com/groups/DCMTR/.