Tess Judge to run for Dems nomination for N.C. House 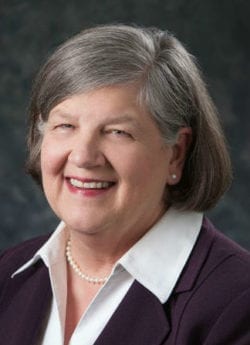 Boswell, a Republican, announced her intentions to run for another term on Saturday.

Judge’s late husband, Warren, ran against Boswell in 2016, but died in the week leading up to the November election. Democratic leaders tabbed Tess Judge to be the replacement nominee, but her name did not appear on the ballot.

The district has been redrawn for the 2018 election to encompass Dare, Currituck, Hyde and Pamlico counties.

More from her campaign announcement:

Tess Judge is a local businesswoman who has worked in hospitality management for her entire career. She also has a long history of public service and charitable work within the community.

“I am running because the people of our District deserve a tireless representative who will listen, and be responsive to their concerns and will provide timely constituent services,” Tess said.

“I have the experience and passion to be an effective voice in Raleigh,” said Judge. “The people of Northeastern North Carolina deserve to have more educational opportunities, more access to health care and more money in their pockets.”

In addition to her career as a businesswoman, Tess has been active in the Outer Banks community for years. She has served on the Board of Directors of the Outer Banks Chamber of Commerce. She and her late husband, Warren, were named Co-Citizens of the Year by the Chamber in 2011.

“As someone who has operated small businesses in our community for years, through good times and bad, I know how to manage a budget while also creating jobs,” Tess said. “I will work with businesses, local governments and community organizations to bring economic development and good paying jobs to Northeastern North Carolina.”

Investing in education and job training will also be important themes for Judge’s campaign.

“Our people are our greatest resource – it’s time to listen and invest in them. We need to make public education a priority again. For years we have been asking our great teachers to do more with less and our schools and community colleges are underfunded. I’m running to ensure that our investments in public education result in more opportunities for our students and a workforce trained for the jobs of the future,” she said.

Judge understands that fishing, farming and tourism are vital to our district and she will champion the protection of our land and water resources to ensure that these industries remain viable and continue to sustain our economy.

Judge was born and raised in Charlottesville, Virginia. In 1989, Tess and Warren moved here from Jamestown, N.C., where they raised their four children. She has ten grandchildren.

Tess is involved in many volunteer and community organizations supporting children and older adults, as well as taking on prominent leadership roles within her church and diocese. Judge now serves on the Executive Council of the National Episcopal Church and the Diocese of East Carolina.