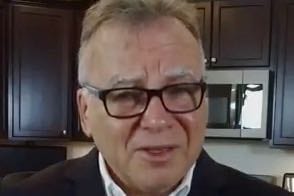 Ed Danko, a candidate in the upcoming Republican party primary for an open at-large seat on the Dare County Board of Commissioners, has resigned from the local party organization amid a controversy involving the candidate and a local business.

In recent days, stories have circulated inside and outside of Dare GOP circles that Danko had become involved in a personal dispute with a local business. He reportedly suggested that he could make things difficult for the owners and an employee if he were elected to the Dare County board.

Danko has resigned from several positions within the Dare County Republican Party and the party also took action against him in a closed-door session Thursday night.

The Voice contacted Dare County GOP Chairman Browny Douglas and asked if the party had met in regard to the stories circulating about Danko.

“Yes, some in the Republican party also heard those rumors, and yes, the matter was looked into,” Douglas responded Friday.

“As a result, the GOP Executive Committee met in closed emergency session and accepted Mr. Danko’s resignation from his position as precinct chair and further agreed to disassociate themselves from any current or future activities with Mr. Danko.”

Danko said in an interview Saturday he told those at the business he would file a complaint with a state regulatory board, the county commissioners and possibly contact his attorney over the dispute.

“I was angry, so I don’t remember every word I said,” Danko said when asked if any verbal threats were made against the business.

In response to Danko’s contention that his resignation was required by party rules once he became a candidate, Douglas said that “only the Chair and Vice-Chair of the party would need to resign their positions if they became a candidate for elective office.”

But Danko countered that the N.C. Republican Party’s Plan of Operation says otherwise.

“It appears to me that if you are in a primary, you need to resign your position,” Danko said. He intends to continue his campaign despite the ruling.

He is opposed in the GOP primary by Ann Petara, and the winner of that election will face restaurant owner Ervin Bateman, who is unopposed in the Democratic primary for the at-large seat.

The seat became vacant when commissioner Jack Shea announced he would not seek a third term on the board.