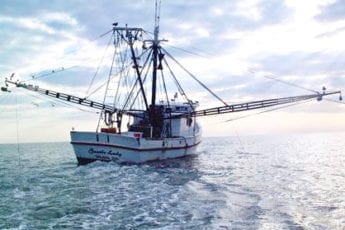 An advocacy group for the commercial fishing industry has filed a lawsuit against members of the N.C. Marine Fisheries Commission claiming they violated state open meeting laws and showed a lack of transparency and openness.

According to a press release from the N.C. Fisheries Association, State Auditor Beth Wood in February 2016 issued findings in connection with an audit of the Division of Marine Fisheries.

The group quoted the audit’s findings, saying “there have been open meetings laws violated by several members of the commission.”

The North Carolina Fisheries Association notified regulators and legislators about the auditor’s findings in 2016.

Although warned, the association alleged the Marine Fisheries Commission continued violating the open meetings laws, culminating with the most recent meeting in Wrightsville Beach, in February 2018.

At that meeting, the commission voted 5-4 to recmmend that the General Assembly change the criteria for commercial fishing licenses, after overwhelming opposition by commercial fishermen, local governments and the public to any changes.

All of the commissioners representing the commercial industry voted against the measure.

A separate resolution approved by the Marine Fisheries Commission at the same meeting on a split vote requested the legislature and Gov. Roy Cooper remove all current members of the panel.

“Open meeting violations by the Marine Fisheries Commission have been an ongoing problem that is well known to many in state government, including regulators and legislators,” said Glenn Skinner, N.C. Fisheries Association executive director.

“While many complain about it, nothing has been done to stop it,” Skinner said. “Anyone that believes in an open and transparent process should applaud the action we’ve taken. It’s sad that we have to resort to such measures.”

No comment on the suit has been issued by any of the commission’s members.