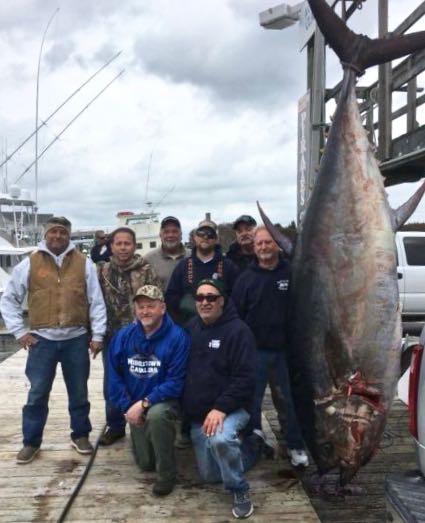 The N.C. Division of Marine Fisheries has certified a new state record for bluefin tuna that was caught on Saint Patrick’s Day by an angler aboard a Pirates Cove Marina boat.

The 877-pound bluefin was brought to shore aboard Capt. Dennis Endee’s A-Salt Weapon, after a 2 1/2 hour fight and then another 90 minutes to pull it on board, according to the Pirates Cove Facebook page.

The angler was Scott Chambers from Townsend, Del., a retired U.S. Army general. He caught the fish trolling bait on 130-pound line test on a Shimano 130 rod and reel.

It measured 113 inches curved fork length, tracing the contour of the body from the tip of the nose to the fork in the tail, and had a girth of 79 inches.

The “trophy-size” fish was caught on the final day that bluefins more than 73 inches long could be kept in the Atlantic south of Great Egg Inlet, N.J.

The new mark shatters the previous state record of 805 pounds, set in 2011 by Corey Shultz of Waverly, Va. fishing aboard the Sea Breeze out of the Oregon Inlet Fishing Center.

A bluefin weighing more than 1,000 pounds was hauled to the docks in Beaufort earlier this winter, but because that catch was sold to a dealer it was not eligible for the recreational-only N.C. Salt Water Tournament record. 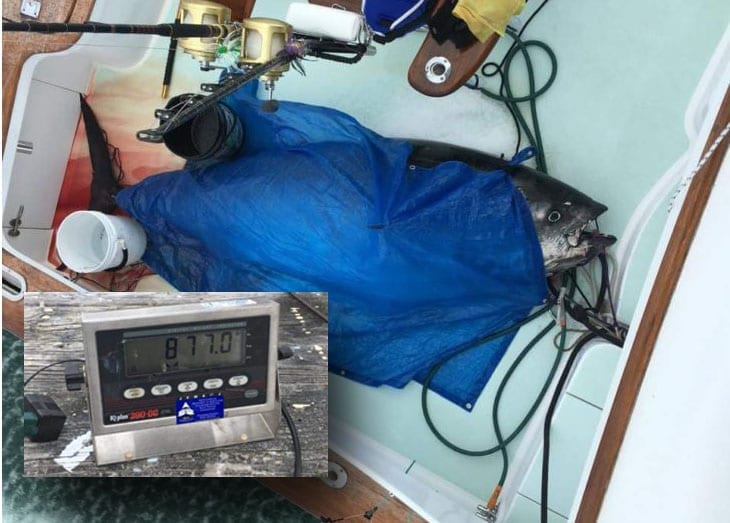