Commotion over Steinburg deal leads to changes in contracting 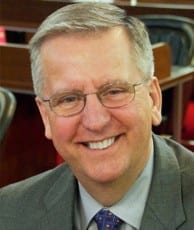 In response to what Currituck County Board of Commissioners Chairman Bobby Hanig called a “politically motivated” story, the county has changed the way it will  handle contracts involving elected officials.

In July, the Daily Advance reported that Currituck paid a private company owned by state Rep. Bob Steinburg $50,000 to promote and market Battle in the Blue Ridge, an NCAA basketball tournament the county is sponsoring in Asheville this fall.

“Someone chose to use that as a political tool,” to smear Steinburg, Hanig said in a telephone interview Tuesday. “If Steinburg didn’t win the primary, it wouldn’t have been newsworthy.”

The $50,000 spent on marketing the county through the tournament is about one-half of 1 percent of the total expenditures required by state statute, he added.

“What was frustrating was that people were saying ‘it doesn’t look good or it smells bad,’ but nobody could quantify that statement to me,” Hanig said. 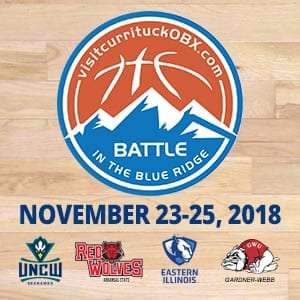 “This was a politically motivated story,” he added. “You get public outcry, public comments and the story isn’t going away.”

Currituck has top billing in the tournament over the Thanksgiving weekend. The visitcurritcukOBX.com Battle in the Blue Ridge at U.S. Cellular Center will host the University of North Carolina, Wilmington; Arkansas State; Gardner-Webb; and Eastern Illinois.

During the public comment period at the Aug. 6 Board of Commissioners’ meeting, Moyock businessman Harvey V. Cole told commissioners that the deal was a proverbial black eye for Steinburg, the county and whoever else was involved.

“It stinks to heaven and back,” he said.

Also during the Aug. 6 meeting, Commissioner Kitty Etheridge talked about how the county’s contract with Steinburg might have been perceived, and said the board had an obligation to ensure the public’s trust. She suggested the county establish guidelines for contracting with public officials.

“It’s come to everyone’s realization that we’ve got to make a change,” Hanig said during Monday’s Board of Commissioners meeting.

After a lengthy presentation by County Manager Dan Scanlon, commissioners unanimously approved a change in the county’s ordinances.

Before, the process of entering contracts was delegated to Scanlon and County Attorney Ike McRee, and in most cases, they weren’t brought before the Board of Commissioners for discussion.

Under the revised ordinance, the county manager and the county attorney cannot execute a contract with an elected official representing Currituck without bringing it before the board, McRee said.

Once approved, the contract must be posted publicly, he added.

He reiterated those comments Tuesday morning.

“The reason we have the ordinance is to protect county staff and elected officials, and for transparency,” he said.