Should the new bridge over Oregon Inlet have a new name? 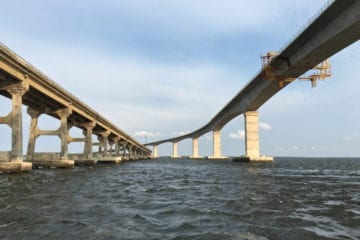 The new bridge will likely now open in early 2019. (Voice)

As construction of the long-awaited new bridge over Oregon Inlet to replace the six decades old Herbert C. Bonner Bridge is nearing completion, the question has to be asked.

Does the new bridge deserve a new name?

Other then a few casual conversations among locals and government leaders, there hasn’t been a major push to retire the Bonner name when the current span is taken out of service.

The bridge cost just $4 million when it opened in 1963. While the price was split 50-50 between the state and federal government, Bonner also secured $500,000 from the National Park Service to reimburse part of North Carolina’s portion.

Now that the new, $246 million replacement is nearing completion and is expected to open to traffic in early 2019, an opportunity for a possible new legacy could be established.

The current Bonner Bridge has served its purposed for more than a half century, and the name is known the world over. But to some that name may appear tarnished. 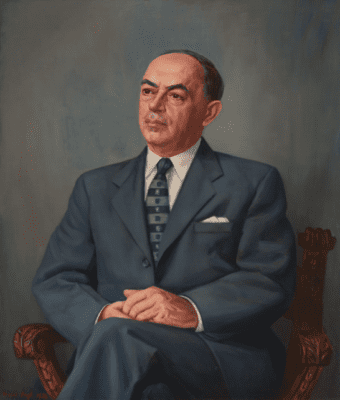 From the dredge that knocked out a section in 1990, and tens of millions of dollars spent to keep it safe for a half-century. To the closing in December 2013 due to scour around pilings, and then the blackout last summer during construction of the new bridge.

Talking with current state Transportation Board member Allen Moran and former member Malcolm Fearing, placing a new name on the new bridge has both its merits and drawbacks.

The process is fairly simple, but would have to move fairly quickly before the dedication ceremony that would take place when the bridge opens just after the New Year.

Who it could be named for would also be open for some debate. The person can be either living, or be deceased longer than one year but fewer than 75 years.

An exception to that rule was made for Capt. Richard Etheridge, because his accomplishments were well documented by the federal government.

That allowed for the bridge on Pea Island to be named for the heroic leader of the all-African American lifesaving station near the site of the span at New Inlet.

The NCDOT then has a whole list of other criteria that must be met for a person to be eligible to have a bridge, road or ferry named for them. That person, or their family, must also agree to the honor.

A unanimous resolution passed by the local government body where the bridge stands, and more requirements would have to be met before the nomination could be considered first by the N.C. Transportation Board’s naming committee and then the full board.

So let’s open this up for discussion.

Do you think a new name is needed for the new bridge over Oregon Inlet, and if so, as long as they meet the NCDOT requirements in this link, who should it be named for?

Leave your comments below or send an email to news@outerbanksvoice.com