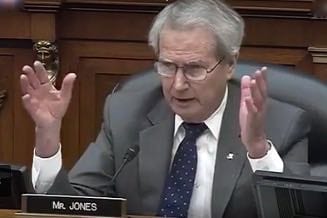 A special election to fill the seat of the late U.S. Rep. Walter B. Jones will be held on July 9, Gov. Roy Cooper announced Wednesday.

“People in eastern North Carolina need a voice in Congress,” Cooper said. “We’re moving ahead so they can choose their new representative quickly.”

The winner will fill the remainder of the two-year term in the Third Congressional District, which includes all or parts of Currituck, Camden, Pasquotank, Perquimans, Chowan, Tyrrell, Dare, Hyde, Beaufort, Pamlico, Carteret, Pitt, Craven, Onslow, Jones, Lenoir and Greene counties.

Jones, a Republican who served in the House of Representatives for 24 years, died Feb. 10. His current term runs through 2020.

Numerous candidates, most of them Republicans, have stated their intention to file for the seat, but so far none from Dare or Currituck counties. The Voice will provide a full list at the end of the filing period.