The Art of the Recipe: Serving up a visual buffet 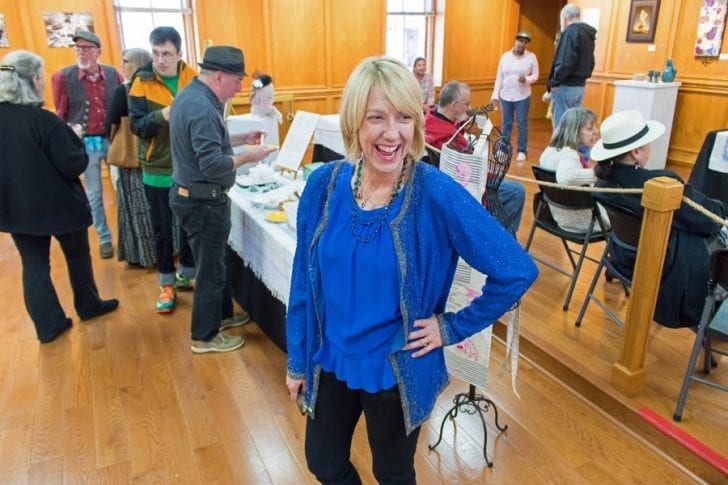 Food culturist and curator of the exhibition, Amy Pollard Gaw, at the show’s food heavy opening. 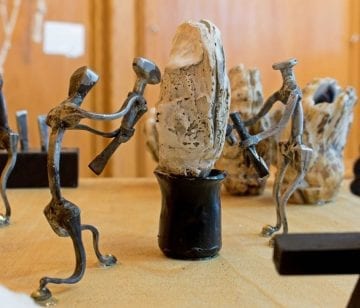 At most art show openings, there is usually food and drink. The offerings can be as simple as boxes of cookies and punch, to full-on, throw-done bacchanalias with wine varieties and heavy hors oeuvres.

Very rarely do the comestibles maintain a link to the actual artwork on display. A finger sandwich on the tray may have little or nothing to do with the art on the wall.

However, in the case of the opening of “The Art of the Recipe: a salty foodART exhibition,” the food on hand was built from recipes that provided the actual inspiration for the exhibited works. And yes, that is a mouthful.

The Art of the Recipe: a salty foodART exhibition features work by more than 30 acclaimed area artists in a variety of styles and genres.

The exhibition is the brainchild of local food culturist and author Amy Pollard Gaw. 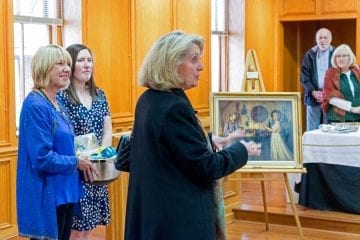 We had a chat with Gaw during her feverish, final editing and she gave us some insight into the show and her book.

“I am energized!” Gaw said, explaining that her company, Outer Banks Sea Salt, is reaching its first full decade in business, her book is wrapping going to press and it is also Taste of the Beach week. “It just seemed like a good reason to celebrate a whole bunch of things.”

We touched on her salt business first. Gaw has partnered with Q Kathleen DeSales Derks, known as Chef Q, a chef with extensive Outer Banks restaurant experience. The two have secured the old Grandy Schoolhouse in Currituck County for the business to grow in.

Derks was a judge for the show along with Chef Lovey Elizabeth Selby of Basnight’s Lone Cedar Café and cookbook author Debbie Moose. 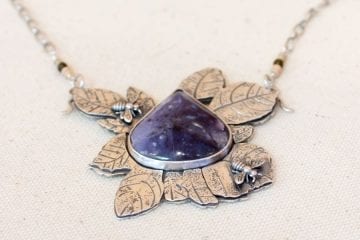 Gaw’s book promises a dose of nostalgia and possibly impetus for the home cook to recreate dishes of our area’s past. Some will seem familiar to many and others may only be known to those who lived here in an earlier time. We had to ask about the provenance of the recipe that inspired the exhibition’s Best of Show Award.

“Gandalf’s was before Tortuga’s was Quagmire’s. Gandalf’s was only there for three years and then there was a fire and they didn’t reopen after that,” Gaw said.

“I had fun. I knew Anne, her thing is the Masters (artists) and she loves traveling to Italy, so the wedding soup.” 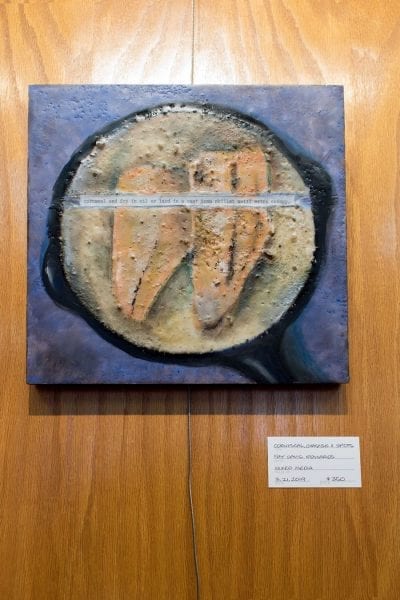 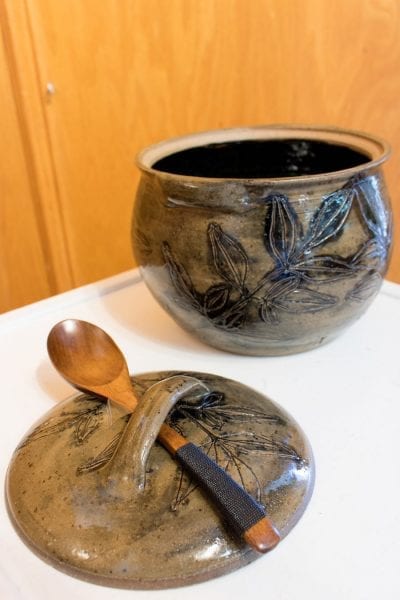 At this point, Gaw became understandably emotional, telling how her research lead her to recipes pulled from the vestiges of the Freedman’s Colony on Roanoke Island.

The Freedman’s colony was established during the Civil War when Union forces overtook the island and surrounding areas. With the Emancipation Proclamation in effect, African-Americans in areas held by union forces now lived free. The colony attracted former slaves from the mainland and the colony grew.

Though the population at one point reached 3,000, by the turn of the century, there are only about 300 people that remained. Of those, some of their descendants live there today.

This recipe came to Gaw from Virginia Simmons Tillett, a longtime Dare County commissioner and member of the Dare County Board of Education. She is the granddaughter of Lila Simmons.

Gaw said, “So Virginia Tillett invited me to sit down with her and she told me about the person that she said was the smartest businesswoman in the whole wide world and that person is Lila Simmons. Simmons and Cordelia Wise opened boarding houses on Roanoke Island and provided seasonal meals for traveling black workers and visitors.”

As bridges and the Civil Air Patrol base and other construction projects took sprang up, there was a need to house and feed the workers who came to toil. Thus, a restaurant industry took hold.

Edwards’s creation to commemorate the dish uses texture to evoke the senses of a brace of spots being “fried hard.”