Celebration honors Basnight and a legacy built to last a century 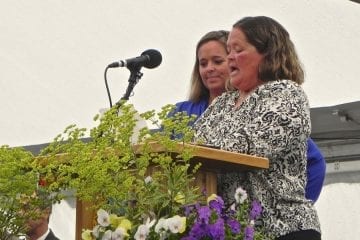 “A little rain, a little wind doesn’t hurt people out here. A nor’easter … a severed power line, we can deal with. A hurricane, how to move a historic lighthouse, all of those things the people here do with determination and gusto.

“So this is the perfect day.”

The $254 million bridge, designed to stand for 100 years, opened to traffic in February, and a community celebration was held before that, so the ribbon-cutting at the Oregon Inlet Fishing Center seemed somewhat anticlimactic. Much of the hour-long ceremony was devoted, instead, to heralding Basnight’s contributions to the Outer Banks and his deep Dare County family roots. 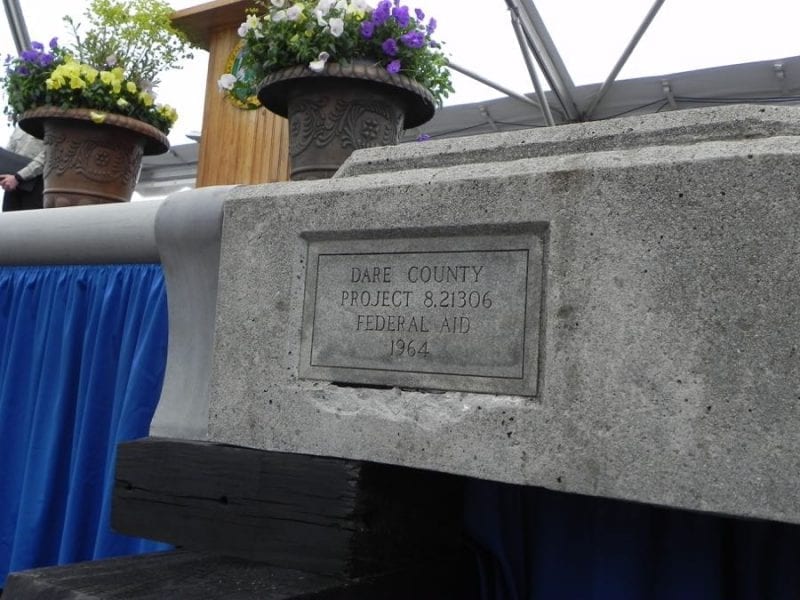 A piece of the railing from the Bonner Bridge with its opening date.

Basnight was recently honored by the state Board of Transportation when they named the new bridge for him. The 26-year legislator and longest-serving state Senate president pro tem has been in poor health since his resignation in 2011 and could not attend. But his family was well-represented in several front rows at the event.

They included his daughters, Vicki and Caroline, who took the stage to read a message in their father’s handwriting. In front of them was a piece of railing from the Herbert C. Bonner Bridge with the date of its dedication, 1964, etched in concrete.

“Bridges bring people together. They never divide,” Basnight wrote. “So to all people in the great state of North Carolina who helped make our bridge a new must-see in America, with much grateful love, I thank you.” 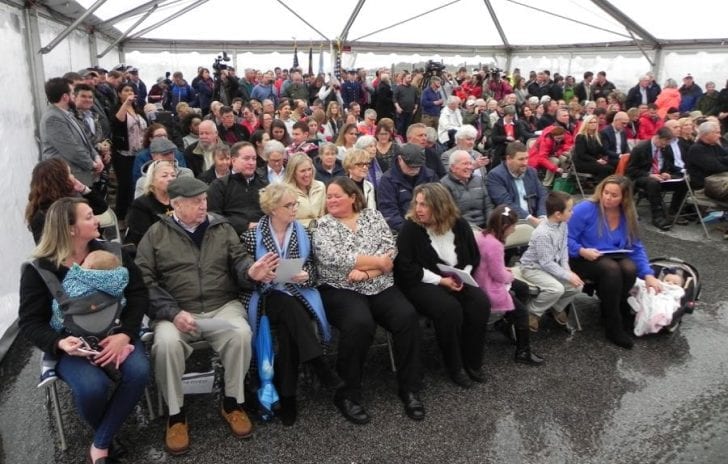 Construction began on the bridge in March of 2016 after nearly 30 years of planning, environmental reviews and legal battles.

The new bridge is 2.8 miles long and rises 90 feet above Oregon Inlet at its highest point, with 8-foot shoulders on each side. It is the first bridge in the state built with stainless reinforcing steel, which will provide extra protection against the salt-water environment.