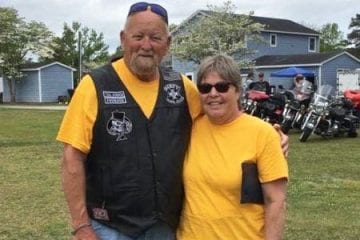 Gray refers to his wife Jane as a partner and supporter in virtually every aspect of his community work.

More often than not, when we have a conversation with someone who has been recognized by the community for their accomplishments, one of the first questions is something along the lines of “When did you come to the Outer Banks?”

But for Dare County’s 2019 Citizen of the Year, Terry Gray, the question wasn’t necessary.

“My mom was on the way to Elizabeth City hospital and they couldn’t make it there. So they stopped at Dr. Wright’s office in Jarvisburg and that’s where I was born,” he said.

At the time, Gray’s parents owned the Snowbird drive-in on the Beach Road and before that, a service station adjacent to the old Casino.

Gray grew up in what eventually became the Town of Nags Head, but he spent most of his childhhood spare time with  his maternal grandfather, Ivy Daniels of Wanchese.

“He was a jack-of-all-trades and I spent a lot of time there. He was a commercial fisherman, a builder. In fact, he worked on the crew that built the Coquina Sunshades. He built tons of houses, including the one I grew up in behind the Snowbird Drive-In, which he also built, and the Masonic lodge building in Manteo.”

Gray credits his grandfather with instilling him with the idea of giving back to the community. 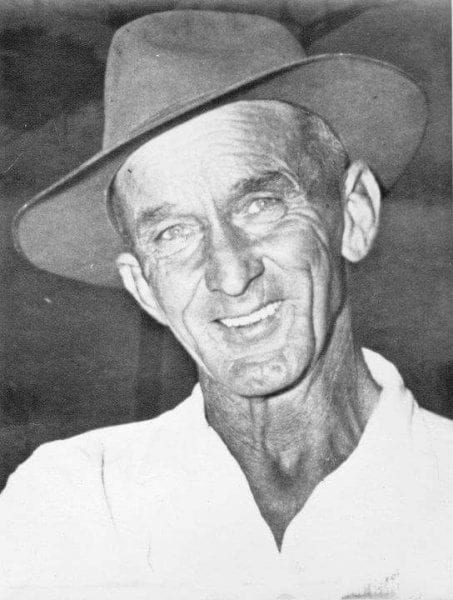 Ivy Daniels, Gray’s grandfather instilled the values in a young boy that has made a lifetime giving to the community.

“He was the type of fellow that when he returned from a commercial fishing trip, he’d take some of his catch, put them in baskets and deliver them to widows in the Wanchese community, making sure they had fresh fish,” hray said. ”

He had a huge garden beside his house and he did the same with the vegetables. He also raised cows and hogs, and every year he slaughtered a hog and every year he’d invite the widows and they’d process the hog and take home some of that. I loved everything he did and I went on the boat every chance I could.”

His grandfather worked over 250 crab pots, shrimped near the mainland and used nets and dips. He had an oyster bed also.

“After he shucked oysters, he’d put the shells back, telling me if you don’t put back what you take out there’d be nothing to catch later. He did the same with the fish they boarded. When we caught fish, I’d go for the biggest one first. He taught me to sort the small ones first and put them back in the water immediately, so we could ‘catch that one next year’,” Gray continued.

From those lessons, Gray made a connection between giving back to nature and giving back to the community, just as his grandfather did with the widows in the Wanchese village and the bounty he harvested from the local sound waters. 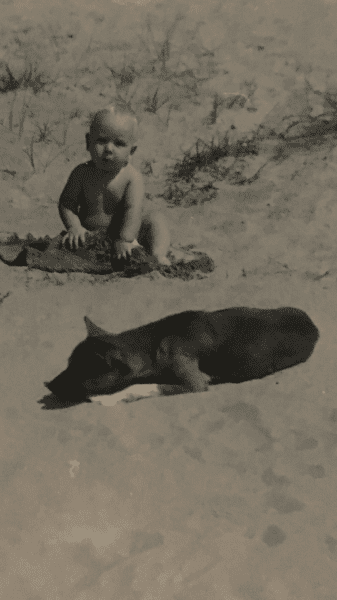 A young Terry Gray in his “backyard” in Nags Head behind the former filling station adjacent to the old Casino.

“He taught me these things just by the way he lived. And it stuck. Look out for your neighborhoods and family. He was a very quiet man and didn’t say much, but when he did it was important — it was gospel.” Gray said.

Gray graduated from Manteo High School in 1974 and went to Wayne Community College. His girlfriend at the time, Jane, who would become his wife, went to Norfolk to attend the nursing school at DePaul Hospital.

“It took me about two months to realize I had more value in Norfolk than I did in Goldsboro, so I moved there where my uncle owned a chain of auto parts stores. I worked with him for about ten years and Jane worked at Virginia Beach General Hospital. We decided it was too saturated up there so we came home,” Gray said.

Once he returned, Gray leased a gas station on the Nags Head Causeway and also owned a janitorial business.

“I did that for a while and then I decided I needed a real job and joined the North Carolina Ferry Division,” where he still works today.

They built a house in Kill Devil Hills in 1987 and raised four children there.

Remembering his grandfather’s work, he got involved in the town’s Planning Board. In 1991 he ran for town commissioner and became mayor pro tempore. The then-major passed away, and he was elevated to the mayor’s office, and ran on his own the next election and won.

Gray was also a charter member of the First Flight Rotary Club, but as the demands of work took him to Hatteras Island, he bowed out of the political world. He kept a foot in charities and civic groups, including the Boy Scouts and the original motorcycle toy run that was sponsored by Vertigo Tattoo that Brian and Heidi Mervine.

Gray describes himself as a hardcore Harley rider.

A series of storms caused the toy run to be suspended and after investigating the reasons behind the demise of the toy run, which was held in November, he decided to move it back to September, when the weather was better, and they added a three-day event in the spring to coincide with the Outer Banks Bike Week.

The spring event raises money for the toy run in September and the event now generates close to $50,000 to buy toys for children who otherwise would have nothing under the tree for Christmas.

Gray worked with local church groups, including the Nags Head Church, and he and Jane revived a defunct Boy Scout troop. His wife Jane was the first female scoutmaster in Dare County.

In fact, shortly after our interview, Gray received an email he passed on to us where an NCDOT project manager reflected on how his interaction with Gray and scouting affected his life and now the engineer’s son:

“I saw the post about the Dare County Citizen of the Year award. Congratulations! It certainly is well deserved.

I was recently talking about my Eagle Scout project to my son that you helped me get approved. We were beautifying the KDH town signs and you helped me prepare and present to the board. I guess that was my first taste of government and NCDOT work and it apparently left an impression on me. Now I’m looking forward to working with my son on an Eagle project in the next few years. Hard to believe where the time’s gone.”

Gray noted that they worked with all of the regional scout troops, holding huge Camporees in Currituck and remembering that at the time, scouting consumed most of his and Jane’s non-working hours.

But the Toy Run is where Gray has placed most of his emphasis in recent years and caught the attention of the community.

Gray stepped down this year from heading the motorcycle portion of the run as they decided to expand participation to include the Outer Banks Rod and Custom Festival’s Mike Tillett and Richard Quidley.

A new entity and a new name, the Dare County Motorsports Charity Group, was created and this provides the group the ability to become involved in multiple events — not just the Motorcycle Toy Run, but custom car, truck and rod events, car and truck shows, as well as coordination with shows put on by other groups, such as the Outer Banks-based Cat 5 Jeepers.

Gray spoke to the board, and now others direct their individual events, including the Toy Run, while Gray serves as board chair for the overarching group.

But a few things stand out that make his choice as Citizen of the Year even more obvious.

Gray seldom describes any work he has done without mentioning his wife, Jane, and her contributions, which were hands-on, in addition to the support he credits her, including her work achievements as an RN at PEAK in Nags Head.

The bulk of our conversation revolved around the influences his upbringing, especially the lessons he learned from his grandfather and the way the communities where he grew up — Wanchese and Nags Head, cultivated a sense of family and contributing to the greater good.

When it came to his public service as an elected official — Gray is once again a Kill Devil Hills commissioner — he was reluctant to talk about his contributions in that field, always turning back to his family, the charities he works with, or the people who help him with his charitable endeavors.

And that speaks volumes about how Gray came to be the 2019 Dare County Citizen of the Year.