WHAT TO WATCH ON TV
Stream On: Pedigreed science fiction 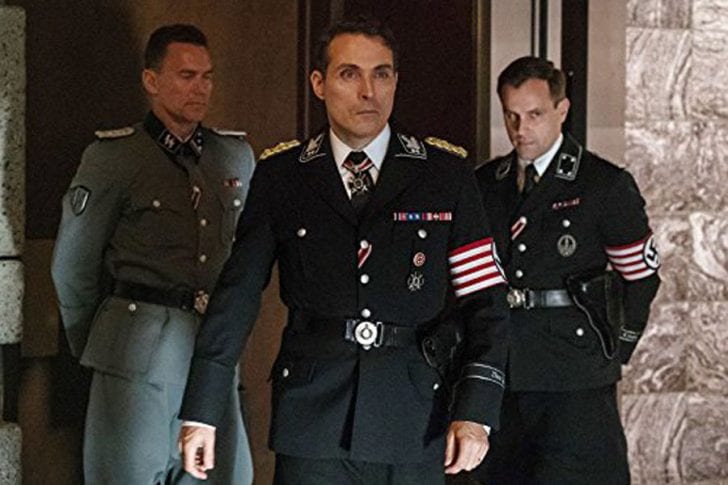 In Nazi-occupied 1962 New York, S.S. Obergruppenführer John Smith struggles to reconcile his fate with what might be in Philip K. Dick’s The Man in The High Castle. (IMDB.com)

Not everybody enjoys science fiction. I myself have a high bar, but once cleared, I’ve found the stories deal with the everlasting concerns of fiction; the settings provide a shortcut for delving right into the big questions of life: Where did we come from, why are we here, and where are we going?

The Man in the High Castle

The writer Philip K. Dick (1928-1982) has produced many works that have entered American lore through films, notably Blade Runner, based on his 1968 novel Do Androids Dream of Electric Sheep? His 1962 Hugo-award winning novel The Man in the High Castle is the basis for the 2015 Amazon Prime Video series set in an alternative universe in which the Axis powers have won World War II.

Nazi Germany and the Empire of Japan have divided the United States into the Greater Nazi Reich in the east, with New York City as its regional capital, and the Japanese Pacific States to the west, with San Francisco as the capital. These territories are separated by a neutral zone that encompasses the Rocky Mountains.

There is an American S.S. Obergruppenführer (Rufus Sewell, Victoria), a Japanese-American inspector for the military police of the Imperial Japanese Army, a Japanese trade minister, and several American-born civilians including an undercover Nazi spy, and a Jewish factory worker and his girlfriend who live happily in San Francisco and have embraced the Imperial Japanese regime. She has gone so far as to become adept at aikido.

When she hears talk of and finally sees some contraband films curated by a mysterious figure, the so-called “Man in the High Castle,” that appear to show a world in which the Allies have won the war, she becomes entangled in an American resistance movement. Among the characters almost no-one is who he seems to be, but the Japanese trade minister, a sympathetic character living in San Francisco, practices meditation and finds therein glimpses of the other universe hinted at in the films. The 73-year-old Führer Adolph Hitler has also seen some of the films and initiates a project led by Dr. Josef Mengele to build a portal between the two worlds. It’s a wild ride; the fourth and final season will be posted on Amazon Prime Video in November. Here is a 1:46 trailer. Ridley Scott, Blade Runner director, is the executive producer. 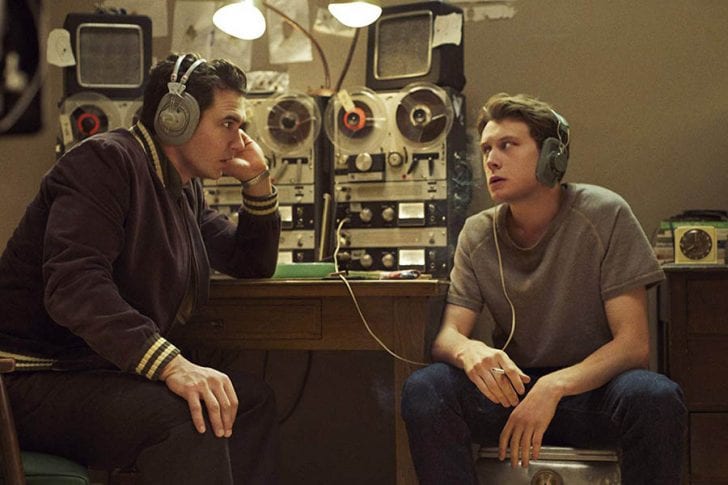 Jake Epping, who has traveled back in time to change history, and Bill Turcotte eavesdrop on Lee Harvey Oswald in Stephen King’s 11.22.63. (IMDB.com)

Hulu has tapped the works of Stephen King for its eight-episode time-travel miniseries from 2016. A typical marvel of storytelling from one of America’s favorite popular writers, it’s characteristically thought-provoking with a stunning twist.

From Wikipedia: “Jake Epping (James Franco), a recently divorced English teacher in Maine, is presented with the chance to travel back in time to 1960 by his long-time friend Al Templeton (Chris Cooper). He is persuaded into going in an attempt to prevent the assassination of John F. Kennedy on November 22, 1963; however, he becomes attached to the life he makes in the past, which could be the mission’s undoing.”

Could history be changed in such a scenario, and what might transpire if it could? Human interactions and satisfying drama dress up this investigation into chaos theory’s butterfly effect, or how small changes in a non-linear system will snowball into unforseen consequences. A two-minute trailer for this extremely entertaining miniseries is here. 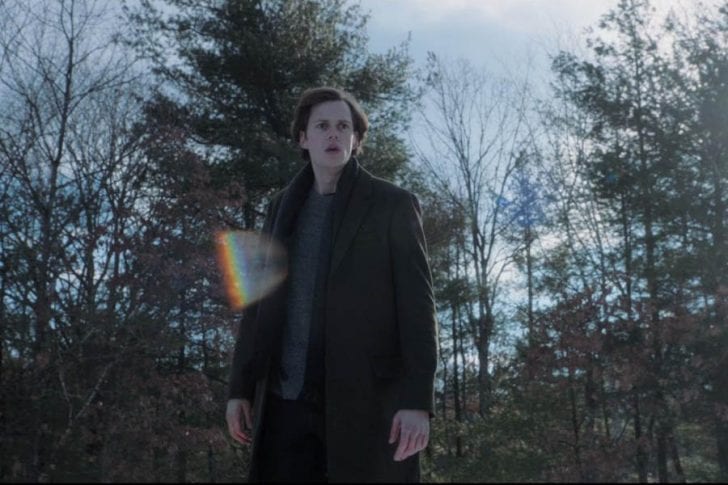 The mysterious Kid, discovered locked up in the basement of Shawshank Prison, is at the center of the unexplained phenomena in Castle Rock.

This 2018 Hulu series is a new exercise in television – an original story based not on an existing piece of fiction, but on the universe of the stories of Stephen King (who is executive producer). The title town is the location of Shawshank Prison, under which an undocumented and taciturn prisoner (Bill Skarsgård, King’s It) is found. His memories are hazy, and a death-row attorney, who left Castle Rock under a cloud as a child after his father’s death, is summoned when his name is uttered by the mysterious prisoner. The attorney’s mother (Sissy Spacek, Bloodline and King’s Carrie), her boyfriend (Scott Glenn) and a childhood friend are drawn into a series of mysterious happenings that surround “the Kid.”

There are numerous King Easter eggs sprinkled throughout the series: One character recounts how her uncle lost his mind and slaughtered his family in a high-class hotel out west, and another is disturbed by the return of a dog thought to be dead. “Does nothing stay dead in this town,” she cries. A headline in an old newspaper describes a horrific rabid-dog attack.

The nebulous plot slowly emerges, but while it does there’s plenty of creepy atmosphere for anyone, especially Stephen King fans, leading to a shocking first-season finale. The second season is set to premiere in October. The 2:21 trailer is here.

Next time I’ll continue my survey of lesser-known streaming TV shows. Email me here and follow Stream On OBX on Twitter.

Click here for more Stream On: What to Watch on TV columns by Pete Hummers.