WHAT TO WATCH ON TV
Stream On: Big-screen prequels and sequels 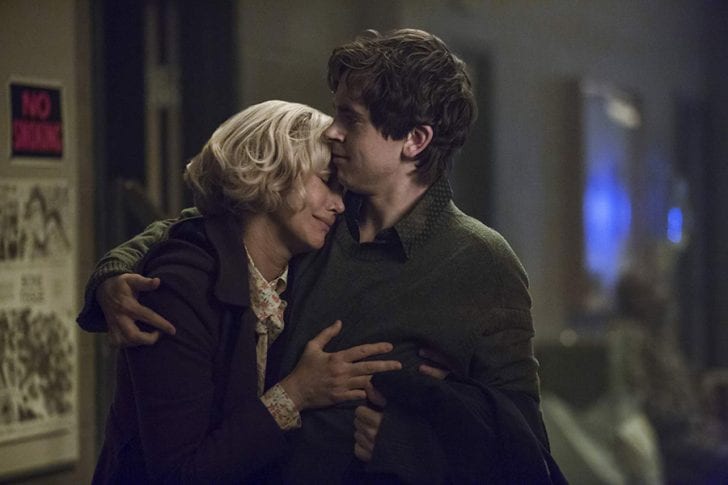 Norman Bates and his beloved mother relocate to the Pacific Northwest to escape family demons in Bates Motel. (IMDB.com)

Alfred Hitchcock’s masterpiece Psycho highlights, in its final reveal, the scion of a seriously dysfunctional family. The Coen Brothers’  popular black comedy Fargo leaves a loose end. What must have happened to the Bates family to bring them to such a pass, and how might a buried and unclaimed kidnapping ransom of thousands of dollars affect the residents of Bemidji, Minnesota?

Carlton Cuse, the creator and showrunner of Lost, and writers Kerry Ehrin and Anthony Cipriano, came up with an irresistible premise for a television series that lasted five seasons and won many awards. Bates Motel (2013), now on Netflix and available on demand from a number of other services, delivers the backstory of troubled Norma Bates (Vera Farmiga) and her son Norman (Freddie Highmore), who, fleeing the sudden death of Norman’s father, settle in Oregon and buy a motel with which to make a new start.

The mayhem begins immediately when the previous owner of the motel assaults Norma. Norman comes upon the attack and knocks out the assailant, whom hotheaded Norma stabs to death. She and Norman then hide the corpse; Norma has reasons to not involve the police.

Manipulative Norma turns out to be adept at local politics and becomes involved in the town’s civic life, even dating the sheriff soon after he begins investigating the disappearance of the motel’s previous owner. But the Bates’ twisted DNA asserts itself when Norman’s half-brother Dylan and another relative show up and establish themselves in town. Norman himself is showing signs of mental fragility in blackouts, one of which precipitated the family’s recent move.

The series is set in the present day, establishing a tenuous relationship with the film it’s based on, but apparently leading up to the plot of Psycho, which is included in the final season. The setting, the fictional town of White Pine Bay, is the locale of a huge marijuana-growing operation, enabled by the willful myopia of the sheriff. Norman’s tenure in high school is highlighted by tragedy that seems to follow him, and a nefarious scheme set in motion by the motel’s previous owner provides more melodrama. Here is a one-minute trailer. 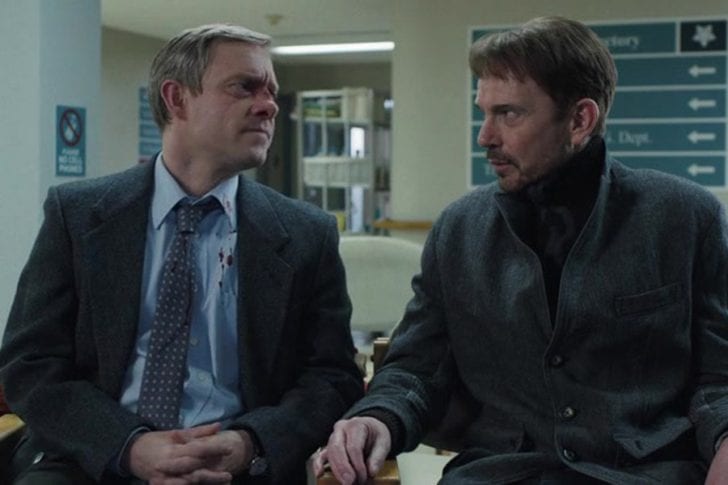 Henpecked Lester Nygaard falls uder the influence of the mysterious Lorne Malvo in the first season of Fargo. (IMDB.com)

This Coen brothers-executive produced series is one of the delights of contemporary TV, as evidenced by the stars who have lined up to appear in it, including Billy Bob Thornton, Martin Freeman (Sherlock), Colin Hanks, Kirsten Dunst, Jesse Plemons, Jean Smart, Ted Danson, Ewan MacGregor, Bob Odenkirk, Keith Carradine (Deadwood), and Chris Rock.

In the 1996 movie, a character buries a satchel full of ransom money before he is killed by an associate. In the first season of the series, some of the action is driven by its discovery by another midwestern eccentric in 2006. The retired-police father of the deputy sheriff investigating the typical Fargo goings-on is the protagonist of the second season in a flashback to 1979, in a horrifying case he mentions in the first. The third season takes place in 2010, as twin brothers both played by Ewan MacGregor fight over property with lethal consequences. At first there is no connection to the other seasons, save the locale, until a character from the first season shows up. One unresolved plot point probably points to the fourth season, which is due to debut next year.

Every aspect that made the film thrilling and fun is present in the series – it’s one of my strong recommendations. Here’s a one-minute trailer.

Next time I’ll continue my survey of lesser-known streaming TV shows. Email me here and follow Stream On OBX on Twitter.

Click here for more Stream On: What to Watch on TV columns by Pete Hummers.