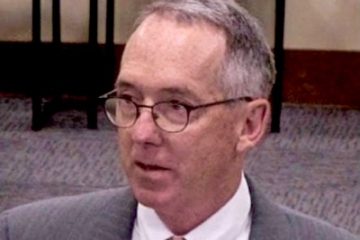 County Manager Outten acknowledged that “We were sort of spinning our wheels.” (File photo)

After several efforts to generate more affordable housing on the Outer Banks that have yielded few results, the Dare County Commissioners on Dec. 16 approved a predevelopment partnership with the UNC School of Government (SOG) to help identify suitable land for essential housing as well as to solicit private investors to develop it.

The partnership, which comes with a price tag of $85,300, will be with the SOG’s Development Finance Initiative (DFI), which was created in 2011 to assist communities across the state with economic development goals by providing expertise in finance and real estate development.

County Manager Bobby Outten told commissioners at the Dec. 16 meeting that the consultants estimated the work would take anywhere from 90 and 120 days. Outten said that he, along with Commissioners Wally Overman and Rob Ross, recently went to Chapel Hill to meet with DFI consultants after local efforts to generate more affordable housing appeared to have been exhausted.

Officials and community members have, in the past few years, asserted that the lack of workforce housing has reached crisis level and is adversely affecting the local economy.

“We were sort of spinning our wheels – we’ve got one site that we’ve been trying to market and the Chamber (of Commerce) has been trying to help us market,” Outten said.

After consulting the SOG, however, he said, “We found that we sort of didn’t really know enough about it, and we didn’t know what we were doing in that regard.”

Local efforts have included several studies on the issue as well as a county-wide campaign by the Chamber of Commerce to change zoning ordinances at the county and municipal levels to encourage such housing. Those efforts, so far, have not yielded significant progress.

One county-owned piece of property — near Bowsertown in Manteo — has been pegged by the county as prime land for “essential housing,” but has failed to gain the attention of developers.

The county manager acknowledged that there are a lot of technical and complicated components that make projects attractive to the private sector. Ross lauded the partnership with UNC.

“This is what they do every day for counties and local governments throughout the state. So as far as getting an unbiased, fair and properly motivated organization to help us, we are,” he said.

For his part, Overman said the UNC group offers support to the county throughout the project.

“They don’t just come and drop it off in your lap. It’s a first-class operation,” he said.

As part of the proposal, SOG consultants suggested the county develop a long-term affordable housing plan, with the first phase to include identifying and qualifying sites to be sure they are eligible for tax credits, recording the number of units the county currently has, and determining potential areas for such housing based on income demographics.

In a letter to commissioners, DFI Associate Director Marcia Perritt said that phase would “identify and prioritize key development sites based on market needs and the County’s public interests” as well as a “county-wide affordable housing needs assessment.”

In the second phase, she said, the county would select up to two sites and “DFI will assist the County in recruiting experienced private developers to execute the projects envisioned through Phase 1.”

The consultants will also support the county in negotiating key deal points in development agreements with the developer.

Along with that strategic planning, the consultants will also study the Bowsertown site to determine if it qualifies for the tax credits and other funding. If it does, they can begin to solicit builders to develop that site. The time line for that, Outten said, would be between 60 and 90 days.

“They are going to be on this quickly,” he asserted.