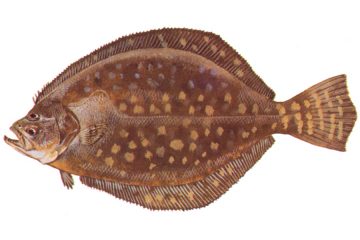 An expert panel from the N.C. Division of Marine Fisheries (DMF) was met with strong pushback during a recent community meeting when dozens of commercial fishermen insisted that, contrary to the division’s findings, southern flounder are not overfished.

“I’m laughing at some of your data,” said Russ Howard during public comment, expressing the widely held view among the commercial fishermen that the DMF numbers are not accurate. “I don’t know how many nights you’ve spent out on the sound catching flounder,” he asked rhetorically.

The meeting on Dec. 17 in Manteo was the third public scoping meeting organized by the DMF, part of the North Carolina Department of Environmental Quality. The commission, a nine-member board appointed by the governor, ultimately has the final say in adopting any amendments to the Southern Flounder Fishery Management Plan (FMP).

The goal of the meetings is to solicit public input on potential management strategies for an upcoming amendment to the FMP known as Amendment 3. The previous two meetings were held in Morehead City on Dec. 9 and in Wilmington on Dec. 11.

A 2019 South Atlantic Southern Flounder Stock Assessment found that the species is overfished. North Carolina law mandates that FMPs “include measures to end overfishing within two years of adoption and rebuild the stock to achieve sustainable harvest within 10 years of adoption,” according to DMF’s website.

Back in August, the DMF adopted Amendment 2 of the Southern Flounder FMP, approving the closure of both recreational and commercial southern flounder seasons on Sept. 4.

But the majority of the 60 or so local residents, most of them commercial fishermen, who attended the Manteo meeting did not agree with DMF’s findings.

Watson Stewart grew passionate during his turn at the microphone. “There are plenty of fish in Currituck,” he said. “I fished for twenty-eight days this year and it was as good as ever.”

“I see nothing coming out of this,” added Stewart, who said he has been flounder fishing for 50 years. “Y’all are accomplishing nothing!”

Still others bemoaned the impact of the increasing bureaucratization of the fishing industry on a community that has thrived on commercial fishing for generations.

“This is the biggest joke: the Marine Fisheries Commission is ultimately going to decide what happens to us? They have never given a crap about us,” one fisherman said.

“What have you ever given back?” he asked the panelists.

Generally, the fishermen who spoke at the meeting voiced suspicions about the data and science behind the agency’s conclusions.

“If you do simple math, the stock is good,” Joe Wilson said. “According to my math, and my fifty years on the water.”

In these exchanges, the panelists reminded the public that the stock assessment was subject to rigorous peer review by scientists, and that no conclusions were drawn based on the judgement of a single individual.

“I certainly believe in the science,” Loeffler, the biologist on the panel, said simply. He said he himself fishes with his children in his hometown of Elizabeth City.

The DMF will begin drafting Amendment 3 in the new year. The document will go through numerous reviews and comments — including additional opportunities for public input — before the Marine Fisheries Commission puts it to a vote in May 2021.