Stream On: How did we get here? Naked City and Route 66 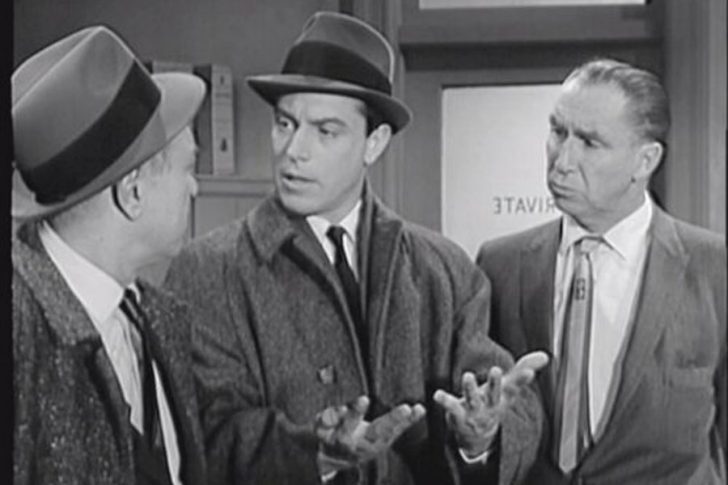 There were eight million stories in the Naked City – and almost as many prestigious guest stars. (IMDb.com)

The 1950’s and ‘60’s is sometimes referred to as the “Golden Age” of TV: it was the medium’s adolescence, when writers and producers were finding themselves, and their audiences. In 1958, 42 million American households had a television, and families started rearranging their living rooms so that all the furniture aimed at the popular new appliance. Audiences began to put faces to voices as many popular radio shows debuted TV versions: The Jack Benny Show, The Adventures of Ozzie and Harriet, and dramatic shows like Gunsmoke and Dragnet.

A series that wasn’t tied to radio, but inspired by a movie (which borrowed its title from a book of photographs) was 1958’s Naked City, a police procedural like 1954’s Dragnet, and one of the first TV shows to have a spinoff. The episode “Four Sweet Corners” (1959) inspired the 1960 series Route 66; both were “semi-anthology” series, in which the stories were built around guest stars, rather than the regular cast members, and both are still widely available on streaming services.

NAKED CITY (Ad-supported on many services, notably PlutoTV and the Roku Channel)

“Filmed on location in New York City, the series concerned the detectives of NYPD’s 65th Precinct, although episode plots usually focused more on the criminals and victims portrayed by guest actors. For the first season, the primary writer was Stirling Silliphant, who wrote 32 of the season’s 39 episodes. Silliphant’s work resulted in significant critical acclaim for the series and attracting film and television actors of the time to seek guest-starring roles.”^ 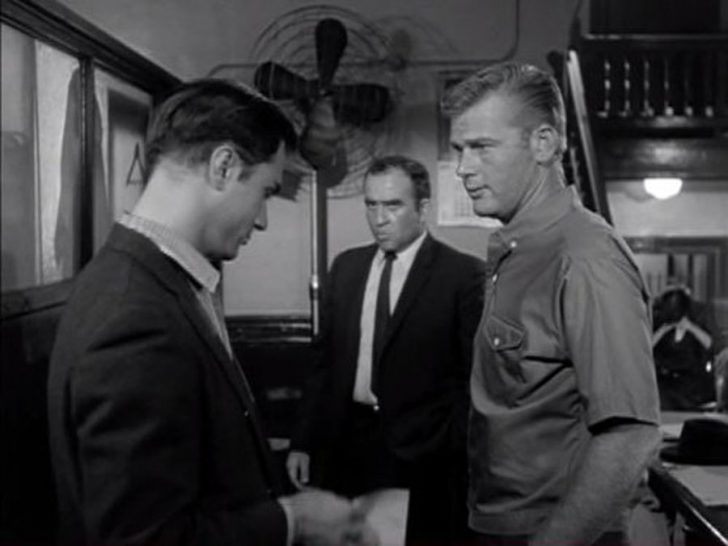 Jack Kerouac (not shown) contemplated suing Route 66’s producers claiming, incorrectly, that the show was taken from his book On The Road. (IMDb.com)

While characters were the focus of Naked City, the first character examined for Route 66 was the location. Writer-producer Stirling Silliphant traveled the country with a location manager, scouting a wide range of locales and writing scripts to match the settings. The actors and film crew would arrive a few months later. Memorable locations include a logging camp, shrimp boats, an offshore oil rig, and Glen Canyon Dam, the latter while still under construction.

Tod Stiles and Buz Murdock (Martin Milner and George Maharis) were two young men without future prospects who decided to take Tod’s Corvette, which was his father’s only legacy, and travel across the country to establish themselves. The well-done dramatic stories were those of the people whom they met along the way. One involved a woman Tod met who had been discharged from a mental institution in which she had spent most of her life and the problems she had adjusting to the world. Tod himself had lived a sheltered life, attending Yale before working for his father in Connecticut and New York before his father went bankrupt, and so he was sympathetic to her unfamiliarity with the “real world” and the stigma attached by uninformed co-workers.

The drama was as adept as Naked City and the show attracted the same multitudes of guest stars, with the addition of several actors and musicians who played themselves: Lon Chaney, Jr., Peter Lorre, Boris Karloff, Coleman Hawkins, Roy Eldridge and Jo Jones. May episodes are also available on YouTube. [UNRATED]

Next time: Good clean fun, with a little murder. Email me and follow Stream On OBX on Twitter.

Click here for more Stream On: What to Watch on TV columns by Peter Hummers