Stream On: Dead – and loving it!

WHAT TO WATCH ON TV: Alan Ball’s “Six Feet Under” and Trueblood,” and Netflix’s “Dracula,” from the creators of “Sherlock” 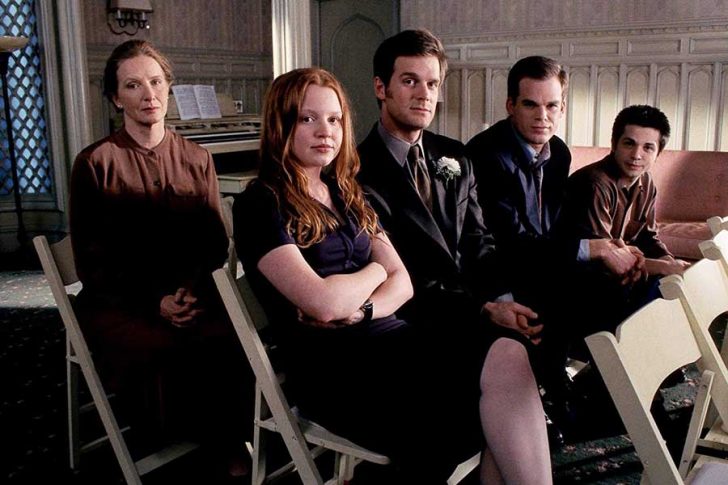 Nate and David Fisher (center) inherit their father’s funeral home business when he is killed bringing a new hearse home from the dealership in Six Feet Under. (IMDb.com)

Writer/director Alan Ball’s 1999 film American Beauty, about the psychic liberation of a suburban dad, won five Academy Awards and laid out Ball’s abiding concerns: Life, and explicitly, death, with a healthy helping of how society deals with the “other” (Ball is gay). He used these themes to great success, in his 2001 TV series Six Feet Under, a sometimes comedic drama about a dysfunctional family that owns a funeral home, and his 2008 series Trueblood, in which society’s psychic monsters are given flesh and blood. And in 2020, the writers of Sherlock brought their remarkable storytelling powers to a deconstruction of Bram Stoker’s Dracula on Netflix.

SIX FEET UNDER (Amazon.com; Prime Video; on demand from several other services)

Six Feet Under premiered on HBO in 2001 and went on to win numerous awards, including nine Emmys, three Screen Actors Guild Awards, and three Golden Globes.

Nathaniel Fisher (Richard Jenkins, The Shape of Water) is killed on Christmas Eve in a traffic accident coming home from an auto dealership in a new hearse for his funeral home. Reaching for a pack of cigarettes, he runs a light and is hit by a bus, which pretty much sets the tone for the entire series. Closeted gay son David (Michael C. Hall, Dexter) is set to inherit Fisher and Sons, but his brother Nate (Peter Krause, 9-1-1) has already fled the family for a health-food co-op in Seattle.

Nate, on his way home for the holidays, first meets his apparent soul-mate Brenda Chenowith (Rachel Griffiths, When We Rise) in the airport for a random, casual fling, in one of the ironies that fill the series, and is talked into staying in Los Angeles to help out with the funeral home.

David and Nate’s younger sister Claire (Lauren Ambrose, The X-Files reboot) is in high school, and in the absence of her father, begins to act out. Alan Ball has said of his show’s concerns, “Who are these people … that we hire to face death for us? What does that do to their own lives – to grow up in a home where there are dead bodies in the basement? What does that do to you?”(1)

“Six Feet Under refers not only to being buried as a dead body is buried, but [also] to primal emotions and feelings running under the surface. When one is surrounded by death, there needs to be a certain intensity of experience, of needing to escape.”(2)

Most episodes begin with the death of a future “dearly departed” who sometimes become the focus of the episode, and sometimes a footnote. The audience is often teased here: in one episode, a high-rise construction worker slips and almost plunges to his death. He saves himself, but his lunchbox is knocked from its perch and kills a pedestrian. Often the dead seem to come to life in the funerary workroom, the corpse providing one side of a character’s internal dialogue. This device is extended with the death in the final season of a major character, but then the line between internal dialogue and spiritual visitation is blurred.

The five-season series is a dramatic, comedic and emotional experience; the series finale is always included in critics’ lists of best-ever finales. Here is a trailer. [TV14] 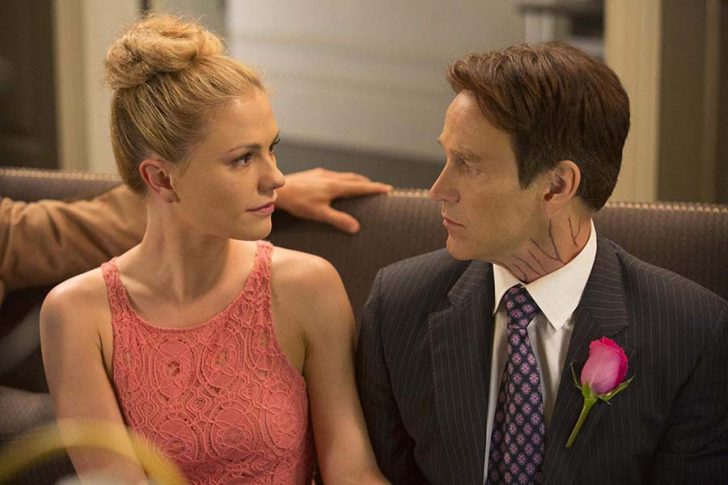 Louisiana waitress Sookie Stackhouse is in love with Bill Compton. Their romance faces some challenges, the least of which being the difference in their ages: she is in her twenties, and Bill is 173 years old – and a vampire – in Trueblood. (IMDb.com)

TRUEBLOOD (Amazon.com; Prime Video; on demand from several other services)

Alan Ball’s 2008-2014 series is his followup to Six Feet Under, but here, psychological monsters are given flesh: Vampires, werewolves, shapeshifters and telepaths are a normal occurrence. It’s set in a backwoods Louisiana town; the premise is that Japanese scientists have invented a viable artificial blood (“TruBlood”) for medical use, which also allows vampires to “come out of the coffin” and live openly in society (after dark, of course), as they are able to use it for sustenance.

It’s an entertaining, melodramatic soap opera of the netherworld. Characters include a telepathic waitress and the handsome vampire whom she’s seeing, to the consternation of her friends (a local church displays the sign “God Hates Fangs”); her boss, a closeted shapeshifter haunted by his past; a local gang of biker/werewolves; and local and regional vampire nests, which are self-governed by sheriffs, magisters and royalty. Questions of forbidden love, prejudice, and “the other” (and I do mean the other!) are mixed in with typical vampire horror: some “die-hard” vampires hate the artificial blood and continue to surreptitiously hunt humans; also, the vampires’ own blood becomes sought after for its aphrodisiacal effects. It’s a lot of fun and full of food for thought. Here’s a trailer. [TVMA] 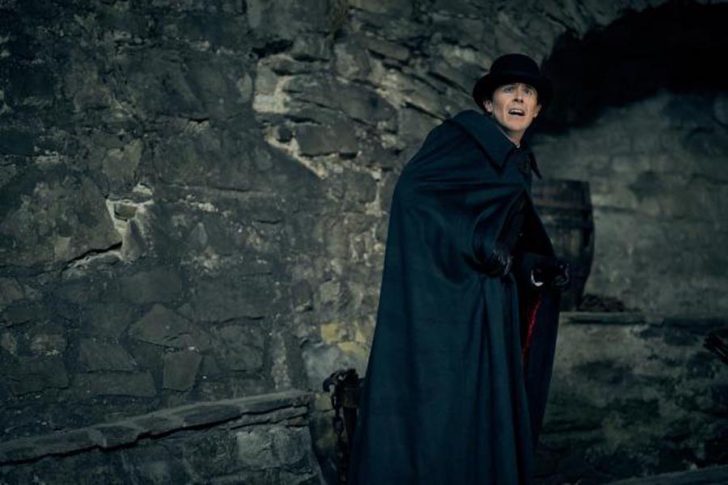 The creators of Sherlock, Mark Gatiss and Steven Moffat, have now done to Bram Stoker what they did to his friend Sir Arthur Conan Doyle: taken his most beloved creation and expanded it by following existing threads and adding insights of their own. As a fairly strict adherent to Conan Doyle’s canon, I found Sherlock to be the only modern take on it that I liked. The same goes for Bram Stoker’s 1897 gothic horror novel “Dracula.”

The first of the three 90-minute episodes hews closely to the novel, certainly closer than Tod Browning’s great 1931 movie, with the exception being that the Count’s nemesis is a nun, Sister Agatha van Helsing (Dolly Wells, Bridget Jones’ Diary), who interviews Jonathan Harker (John Heffernan, Foyles’s War), who has escaped the clutches of Count Dracula (Claes Bang, The Bridge, in a delightful, scenery-chewing turn). At the end of this episode, which appears to bring a close to the saga, a cliffhanger appears, enabling the two final episodes.

Like Sherlock, Dracula then takes turn after turn that can’t be guessed beforehand, in an incredibly entertaining manner. You should see for yourself. Here’s a trailer. [TV14]

Next time: Deep under cover in the 1980’s. Email me and follow Stream On OBX on Twitter.

Click here for more Stream On: What to watch on TV by Pete Hummers.