At Kmart, a nostalgic walk through the aisles 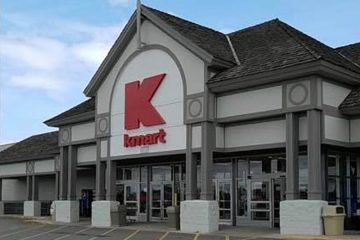 I wasn’t expecting to feel the way I did when I walked into the Kmart in Kill Devil Hills the other evening. After all, I was only running an errand to replace a broken coffeemaker and ensure that I had a warm cup of coffee in the morning. Hearing the news of the store’s scheduled April closing last week, I felt for the employees who would have to be looking for other work. But as far as the store itself, I hardly gave it a second thought.

The Big K on the corner of Fifth Street and U.S. 158, to me, seemed to have been dying a very slow death for years. And besides, it was just another store, right.

Until the other night, I would venture to say that Kmart is not a place where many people find themselves getting emotional. In fact, in recent years, I would say that Kmart was not a place where many people went very often. So, during my search for a Mr. Coffee, I was surprised at my visceral reaction as I passed the Valentine’s Day display, Easter merchandise and then the toy aisle.

My mind wandered back through all the years when I had walked through these aisles during the many seasons of my own life as a mother, and my children’s childhoods. This is where we agonized over the safest infant car seats to purchase, bought countless diapers, baby toys and pink and blue onesies.

As youngsters, the kids picked out their very special winter coats in these aisles, ones that sported either a rainbow of colors or the latest superheroes. It was here that both my kids proudly marched out with their first bicycles and scooters, where their eyes lit up at Christmas displays, where they searched for the perfect birthday present for friends and toddled through the toy aisle dreaming of what Santa would put under the Christmas tree.

I came home that night with my new coffee maker, a 2020 planner for my 17-year-old daughter and a pack of gum for my 13-year-old. But I also came home with a different perspective of one of the Outer Banks’ original big box stores.

Since Kmart opened here in the early 1990s, we’ve seen a handful of big-name stores come to the beach. But for a long time, if you lived on this end of the island, this is where you shopped – it’s where you took the kids to pick out a toy after a traumatic visit to the dentist, bought plants to fill your garden in the spring, or got the little ones sidewalk chalk, pool toys and bathing suits in the summer.

I guess that maybe sometimes, the everyday places are the ones that embed themselves into our memories and conjure up a feeling of nostalgia when we know they won’t be there much longer. And while I came home with my coffee maker, I also came home with a new appreciation for a store I never really thought much about over the years.

It’s true that Kmart is just another store, another brick and mortar that is going by the wayside. But in many ways, maybe for many of us, it will always be more than that.