WHAT TO WATCH ON TV
Stream On: Deep undercover 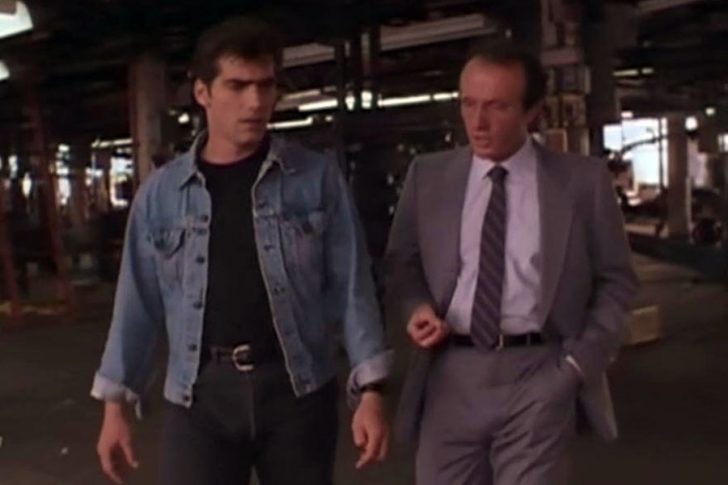 When Vinnie Terranova is released from prison, he meets FBI agent Frank McPike, who will use Vinnie and his street credibility to infiltrate several criminal organizations. (IMDb.com)

Ever since James Fenimore Cooper’s 1821 novel “The Spy,” espionage has been a rich source of fiction. We’ve seen TV series from Gideon Raff, who specializes in themes of identity confusion among those who pretend for a living for too long. Kurt Vonnegut’s 1962 novel “Mother Night,” about an American playwright in Germany, who dabbled in Nazi propaganda in order to remain, and now is awaiting trial for war crimes in Israel, offers this moral: “We are what we pretend to be, so we must be careful about what we pretend to be.”

WISEGUY (Amazon.com; Ad-supported on many platforms, including Prime Video and IMDB.com)

Stephen J. Cannell penned many successful TV series from the 1970’s to the ‘90’s, notably The Rockford Files, The A-Team, 21 Jump Street and The Commish. 1987’s WiseGuy was part of a revival of earlier dramas in which the hero’s arc spread over several seasons and was intertwined with that of the antagonists’, like 1963’s The Fugitive and 1965’s Run for Your Life.

Punk Vinnie Terranova (Ken Wahl, Fort Apache, The Bronx) was released from an 18-month stretch in prison and met by FBI agent Frank McPike (Jonathan Banks, Breaking Bad). McPike would be Vinnie’s control as he infiltrated several criminal organizations, but Vinnie identified perhaps too much with his marks, complicating his assignments. First up was Atlantic City mafioso Sonny Steelgrave (Ray Sharkey, The Lords of Flatbush), whose brother assassinated Vinnie’s training agent. Vinnie subsequently met a hitman whose boss was the unstable criminal mastermind Mel Profitt (classical stage actor Kevin Spacey, in one of his first television roles), and his equally demented sister, who supplied the prescription drugs to which he was addicted.

The melodrama ran hard in Wiseguy, in intricate, ingenious plots, and the acting and direction was terrific. Here is a trailer from the DVD release. [TV14] 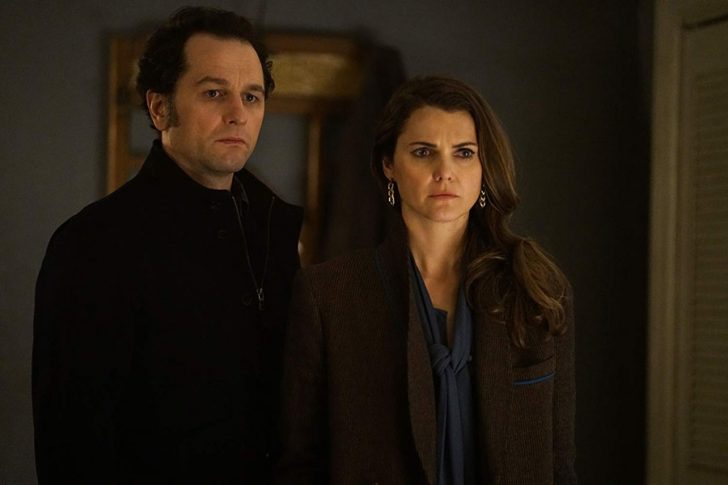 “Philip” and “Elizabeth Jennings” are KGB agents who have been living in a suburb of Washington, D.C., long enough to raise a teenage son and daughter. (IMDb.com)

THE AMERICANS (Amazon.com; Prime Video; on demand from other services)

This 2013 series opens in a Washington, D.C. bar, in 1981. A beautiful blonde is working at seducing an insecure type of fellow, who, to show off, produces an FBI identification. When she gets into her car at the end of the night, she removes her wig.

Elsewhere, two men are waiting in the nighttime shadows and talking about football, the time, and a party they are expecting. “Do you know how many men he’s killed?” The ex-blonde, now in a black baseball cap, gives the tenant of a nearby house $100, saying “I need to look out your living-room window for a few minutes?” The older of the two men looks up and says, “She’s in … and he’s at the corner.” Their mark approaches, apprehensively, and bolts. “Immigration – we just want to talk,” the men cry, chasing him. They split up and the older watcher heads him off. The mark stops, turns to his pursuer, and produces a knife. When the watcher finally prevails, the ex-blonde and the other watcher pull up in a car, into which the mark is bundled. He is hustled to the waterfront, where a boat is pulling out to sea, tired of waiting for the mark, a soviet agent who has gone rogue and is to be sent home. The watcher says, to the ex-blonde, “Why is everyone so punctual in this business?”

The ex-blonde and the older watcher are seen later, at home in a D.C. suburb, where they have two teenaged children who believe their parents run a travel agency. They are Philip (Matthew Rhys) and Elizabeth (Keri Russell, Felicity) Jennings, soviet spies who were infiltrated into America during Kruschev’s time. Their neighbor, and Philip’s best friend (Noah Emmerich, The Spy), is an FBI counterintelligence agent. The episode arcs can last up to a season, and sometimes are recalled in later seasons, but the character arcs concerning Philip’s growing comfort in America, Elizabeth’s re-examination of her motives, and Moscow’s plan to recruit their daughter Paige going forward span the series.

The interlocking assignments they are given highlight the duality of their lives and work, and are complex exploits of ‘80’s-era espionage, which affect characters in Washington and Moscow. The thrilling and suspenseful show has won many Primetime Emmy awards and more and delves as deep into the characters’ psyches as John le Carré has in his novels. Here’s a trailer. [TVMA]

Click here for more Stream On: What to watch on TV columns.