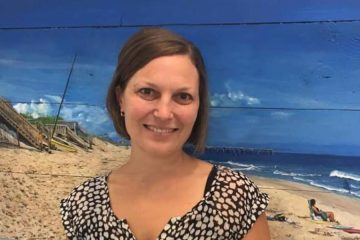 After 32 years, there’s been a changing of the guard at the Animal Hospital of Nags Head which was sold on Jan. 18 by Dr. Barrett Welch to Dr. Blythe Hayes, who was hired by Barrett in 2018 with the idea that she would become his successor.

Noting that, “We’re sort of rebranding,” Hayes said that one immediate sign of change is in the name. From here on in, the animal care facility will be called Sound Veterinary Hospital.

Hayes came over to the Animal Hospital of Nags Head in 2018 after spending seven years at the Roanoke Island Animal Clinic. She noted that “Dr. Welch hired me to work with him with the intention of retiring,” adding that in recent years, Welch was slowed by medical issues and was not at the animal hospital as often. “That was sort of the plan from the beginning.”

In 2016, Welch was indicted after investigators found evidence of diverting controlled substances from his practice for personal use by him or his family. Since then, the case has dragged on and been the subject of a number of continuances and delays.

Hayes told the Voice that she intends to retain the current four-person staff, adding that “we have an interest in bringing another person on.” Asked if she would also look to hire another veterinarian, Hayes responded that, she had “no intentions on that now,” but in the future, “yes.”

Noting that she hopes to have everything associated with the change of ownership “ready by the summer,” Hayes said she is in the process of sending 1,500 mailers to the facility’s clients in the hope of spreading the word. And as she noted, some of those 1,500 people have multiple pets.