WHAT TO WATCH ON TV
Stream On: Radio Days 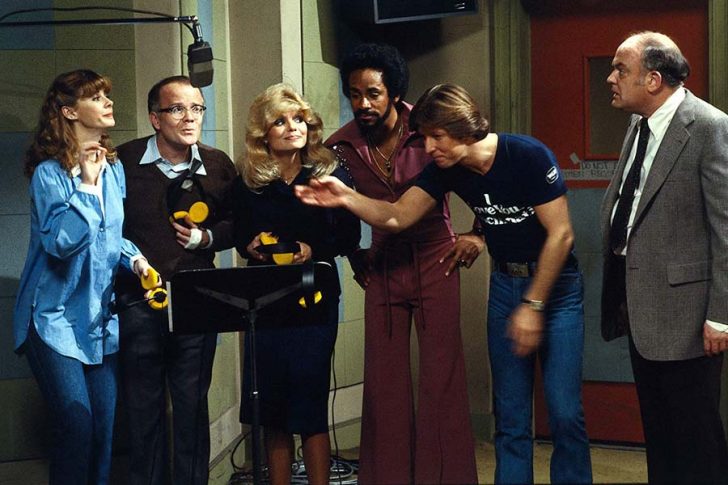 Who knew that music radio station employees could be weird? It’s news to WKRP in Cincinnati station manager Arthur Carlson, at right. (IMBb.com)

Anyone who has ever worked in an office knows what a goldmine for comedy the workplace can be. From generic offices, such as in Office Space and The Office, to specific ones like police precincts, the built-in quirkiness of human beings provides a rich source for hilarity.

Besides very smart and funny satire, 1978’s WKRP gave the world Howard Hesseman (Johnny Fever) and Tim Reid (Venus Flytrap) among a host of breakout stars, while winning a Humanitas Prize and ten Emmy nominations. Many episodes are also available on YouTube. [TVG] 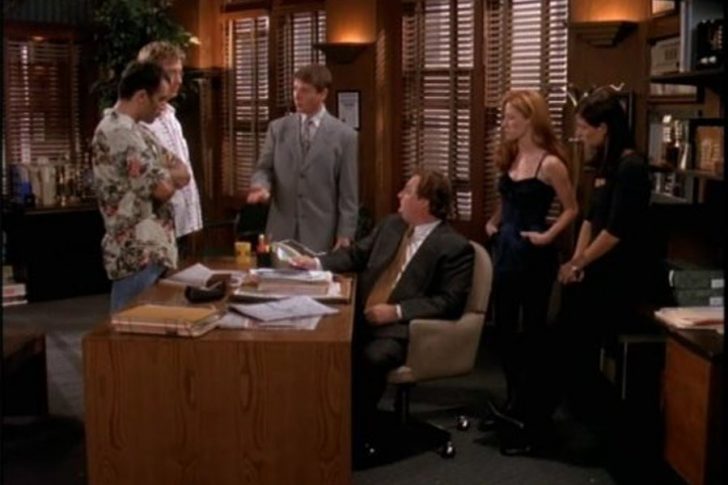 This 1995 Primetime Emmy winner, which also had 14 nominations, kickstarted the careers of many stars of the nineties and beyond. Dave Foley, Maura Tierney, Vicki Lewis, Joe Rogan, and Khandi Alexander are still hard at work; Stephen Root has amassed an impressive résumé as a character actor, appearing on many shows that this column has featured, from King of the Hill to TrueBlood and Man in the High Castle. Andy Dick has struggled with alcohol and drug abuse, but nowadays is making a good living on online comedy talk-shows and doing voice-over. Phil Hartman was killed by his wife before NewsRadio’s ultimate season, when Jon Lovitz was added to the cast.

“The series is set at WNYX, a fictional AM news radio station in New York City, populated by a playful station owner and staff. The show begins with the arrival of a new news director, the level-headed Dave Nelson (Foley). While Dave turns out to be less naive than his youthful appearance suggests, he never fully gains control of his co-workers.

“The fast-paced scripts and ensemble cast combined physical humor and sight gags with smart dialogue and absurd storylines. Plots often involved satirical takes on historical events, news stories, and pop culture references. The third- and fourth-season finales took the absurdity to the extreme, setting the characters in outer space and aboard the Titanic.” (Wikipedia)

Next time: Wilfred, the nexus of whimsey and psychosis. Email me and follow Stream On OBX on Twitter.

For more Stream On: What to watch on TV columns, click here