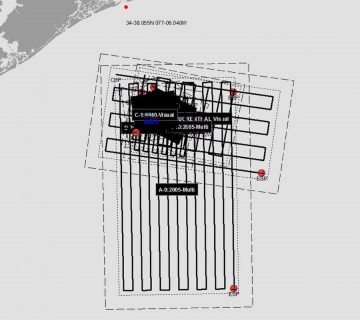 The Federal Aviation Administration and the National Transportation Safety Board will be investigating the cause of the incident. The Coast Guard has suspended its search, pending the development of new information.

Watchstanders at the Coast Guard Sector North Carolina command center received a call from Air Traffic Control Cherry Point at approximately 11 p.m. that an aircraft had dropped from their radar 12 miles southeast of Bogue Inlet. The aircraft reportedly had two persons aboard.

Anyone with additional information regarding this case should contact the Sector North Carolina command center on VHF-FM channel 16 or at 910-343-3880.