WHAT TO WATCH ON TV
Stream On: Clark Kent and Bruce Wayne, before they were super 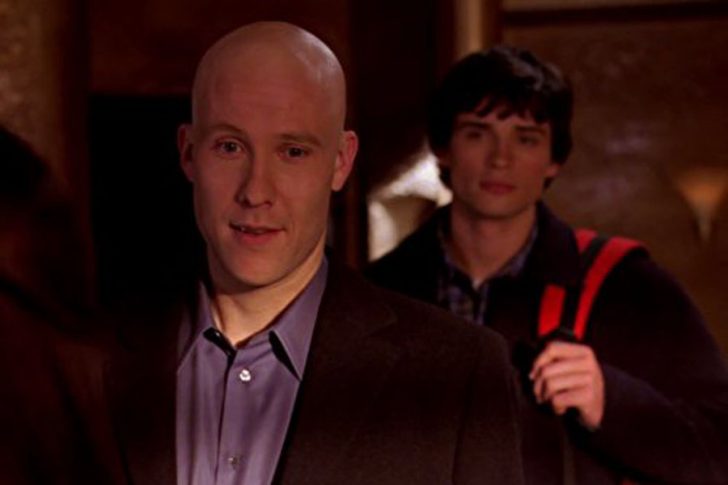 Millionaire’s son Lex Luthor and farmers’s son Clark Kent are friends whose lives will be forever entwined in Smallville. (IMDb.com)

One of these shows is bright and optimistic, and one is dark and cynical, in keeping with the natures of their protagonists–call them the yin and yang of the D.C. comics universe.

“Do you ever feel like your life was supposed to be something different?” So says young Clark Kent when asked by his friend Lana why he was hanging out in a graveyard. Clark’s new friend Lex, asking why Clark’s dad won’t let him keep Lex’s gift for saving his life, says, “Is it my father (a wealthy industrialist who is resented in the rural town)? Your dad figures the apple doesn’t fall far from the tree? How far did you fall, Clark?” The tight writing and visual storytelling are two of the best things about Smallville, the story of teenaged Clark Kent, who would one day don the cape of Superman.

Earlier, Clark’s dad had showed him the craft in which Clark had fallen from the sky 12 years earlier in the midst of a storm of meteorites, pieces of Krypton, the planet on which Clark was born.

Lex continues, “Do you believe a man can fly? I did, during my accident, when my heart stopped. It was the most exhilarating two minutes of my life. I flew over Smallville, and for the first time, I didn’t see a dead end.”

There are a lot of fun double entendres and foreshadowing in the dialogue: the coach at Clark’s high school wants him to go out for football. He asks him, “When are you going to suit up?” When Clark’s friend Lex is accused of robbing a bank, he tells Clark, “I promise I’m not a criminal mastermind.” And as a teenager, Clark has some interesting experiences as he realizes that sometimes he can see through solid objects (looking into the girls’ locker room during gym class, for one).

But it’s not all fun and games in Smallville, however; the debris field from the glowing green meteorites that accompanied infant Clark’s descent into town is causing some strangeness among the other inhabitants, including his friend. Here’s a season-one trailer. 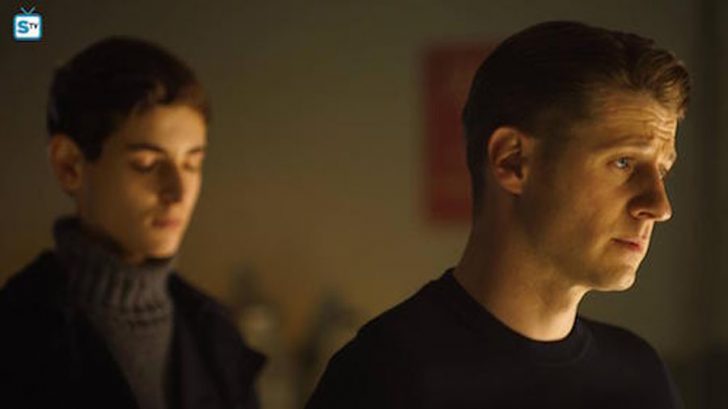 Detective James Gordon, at right, is investigating the murder of Bruce Wayne’s parents in Gotham, leading him to corruption at the highest levels of the city government. (Film-book.com)

On the other end of the scale from the basically wholesome tale of Clark Kent’s home town, is the very noir story of the grimy and corrupt city in which Bruce Wayne grows up, Gotham.

It opens as Selina “Cat” Kyle is prowling through Gotham City. After robbing milk and picking pockets, she flees to an alley and hides in a fire escape. She watches Thomas and Martha Wayne with their teenaged son Bruce walking through the alley on their way home from seeing a movie. An unknown assailant approaches them, demanding their possessions and then shooting Thomas and Martha, leaving Bruce shocked in front of his parents’ bodies while Selina watches.

Rookie detective Jim Gordon (Ben McKenzie, Southland) and his partner, Harvey Bullock, are sent to investigate the crime scene. This leads the pair on a tour of citywide governmental corruption and a cold war between the two major criminal gangs of the city, and in which the Waynes were apparently involved, in spite of millionaire Thomas Wayne’s philanthropy.

Along the way we meet some real characters, including Oswald Cobblepot, a louche but highly intelligent grifter, whose odd gait has earned him the nickname “Penguin,” Fish Mooney (Jada Pinkett Smith), a lieutenant of Mafia Don Carmine Falcone (John Doman, The Wire), and Alfred  Pennyworth, the Waynes’ butler, who becomes executor of the Wayne estate and guardian and butler to young Bruce. Edward (“E.”) Nigma is introduced as a cheerful G.C.P.D. forensics examiner who enjoys plying the detectives with riddles during consultations.

The day-to-day goings-on resemble the mayhem at the heart of Dashiell Hammett’s collection of hardboiled stories “The Continental Op,” with its ever-climbing body count and double- and triple-crosses, and in which no character is necessarily immune from corruption.

In the early seasons Bruce Wayne’s story is a subplot, as Detective Gordon (whom, as Batman readers know, is destined to become Police Commissioner) learns, on the job, how to attempt to deal with the thoroughly fallen city.

Still, there are some bright moments. Alfred bonds with young Bruce and after Bruce is rescued from danger in one episode, Alfred says, “You really scared me, Master Bruce. If you die … who employs butlers anymore?”

It’s a thrilling and entertaining melodrama, with beautiful cinematography and stunning visuals, and which seems to get better with each episode. Here’s a trailer.

Next time, visionary fiction from The Twilight Zone to Black Mirror. Email me and follow Stream On OBX on Twitter.