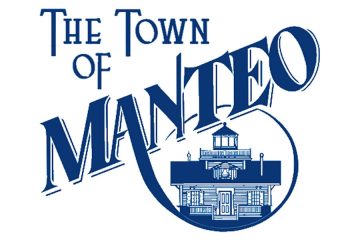 The Manteo Board of Commissioners met via teleconference during its April 1 regular meeting, working out the kinks in process that could represent a new way of doing town business, at least in the near future.  Among other COVID-19 related-matters, commissioners considered the possibility of a town-led relief program for small businesses and residents impacted by the pandemic.

A public hearing was set for April 15 to consider the formation of a Small Business Emergency Fund to support local businesses struggling in light of the statewide stay-at-home order. At that time, commissioners will also consider a grant program for residents who may need financial assistance.

“What I have seen anecdotally as I’ve been going out to visit businesses – sometimes through the door or watching them close up in light of the executive order – is that they are hurting and worried about whether they can make the next rent payment,” said Town Manager James Ayers, noting that staff has been in conversations with officials in Buncombe County, where a similar economic development program has been launched.

In a memo to the commissioners, Ayers noted that, “Small businesses are particularly hard-hit in the current environment, and these businesses and the jobs they provide make up the backbone of the local economy here in the Town of Manteo.”

While parameters and funding details still need to be hammered out, the town manager said such a fund for town businesses would include short term loan applications, underwriting and working directly with business owners. “If something like this were to proceed, we would want to be sure it is targeting those businesses that are providing jobs right here in town,” he told commissioners during the teleconference meeting.

The first step in considering the creation of such a fund, Ayers explained, would be to set a public hearing. He anticipated having a framework of what the program would entail prior to the April hearing so commissioners and the public would be informed.

For his part, Mayor Bobby Owens voiced some hesitation about the prospect. “I don’t know if I am for it or against it…but it seems to me we are going to be opening a Pandora’s box,” he said. “We’re opening a lot of things here and we haven’t even seen the budget yet…I don’t know what’s right and what’s wrong. I’m all for supporting [Ayers] and bringing it up for a public hearing.”

Other commissioners said they were willing to hear more details and at least consider the possibility. “I think we should do all we can to support the small businesses in the town of Manteo because this may be a devastating event for not only for Manteo, but the whole country,” Commissioner Jason Borland said.

As far as economic relief for residents, commissioners voted unanimously to waive late fees and penalties for water and sewer bills during the crisis, as well as allow residents to set up a payment plan if needed. No utilities will be turned off for non-payment either. In order to encourage more residents to use the online payment system, commissioners also voted to have the town pick up the tab for online convenience fees.

In response to Commissioner Daryl Collins, who asked about reducing bill payments, Ayers said that a state statute prevents the town from doing that.

While the Small Business Emergency Fund would involve loans underwritten by the town, the April 15 public hearing will also address the possibility of providing economic relief in the form of grants to individual residents.

In a related matter, commissioners also approved changes to the town’s sick leave policy that would allow employees to donate sick leave to co-workers who may need it during the covid-19 crisis.

“I’m proud that we’re doing what we can to start to mold the clay on how we can help our commercial and residential people down here,” Borland asserted.

A number of board members weighed in on the first teleconference meeting, which Ayers said included 10 members of the public who had dialed in to listen. When Mayor Owens suggested tabling an agenda item on traffic calming measures on Sir Walter Raleigh Street until the board could meet in person, Commissioner Christine Walker objected.

“I think we have to get used to doing some things without physically being present,” she said. “This might be a new normal for a while.”

As the meeting wrapped up, Mayor Owens noted the challenges of teleconferencing. “It’s a new era for me and I do apologize. It’s been awkward as hell, but we got through it,” he said.

Borland thanked town staff for organizing the teleconference. “I think any resemblance of business as usual is a small win right now,” he noted and then encouraged residents to reach out and call or email town officials and staff. “We’ve got to band together and do what we got to do to get through this thing and have faith that we’ll see the other side of this. And hopefully we get some piece of summer back at the end of it.”