WHAT TO WATCH ON TV
Stream On: The visionary fiction of The Twilight Zone and Black Mirror 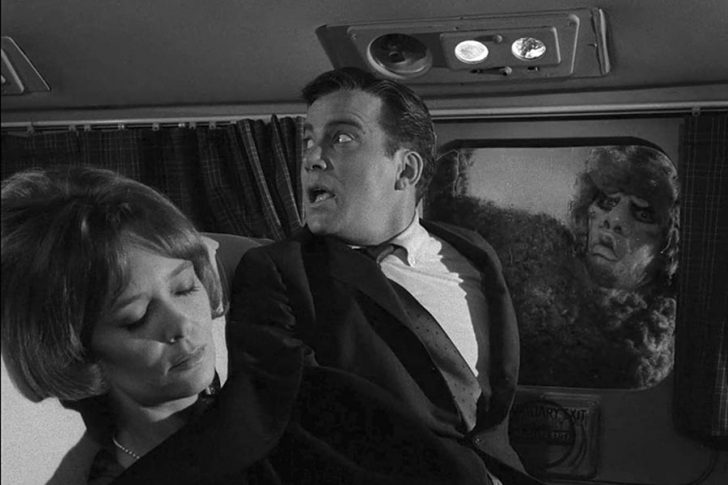 There is a fifth dimension beyond that which is known to man. It is a dimension as vast as space and as timeless as infinity. This is the dimension of imagination. It is an area which we call The Twilight Zone.

According to comments in TV writer Rod Serling’s 1957 anthology Patterns, he had been trying to delve into material more controversial than his works of the early 1950s. Serling thought that a science-fictional setting would give him more freedom in expressing controversial ideas than more realistic settings. In 2011 Charlie Brooker had completed production of Dead Set, a zombie-based drama series, and had decided that he wanted to make another drama series, in an anthology style like The Twilight Zone.

A man in a jumpsuit (Earl Holliman), emerges from the desert to find a diner, with music playing on a jukebox and hot coffee on the griddle, but no other signs of life. Shouting into a room where he expects the cook is, he says, “I’ve got $2.85 American money and I’m hungry…but I’m not sure I know who I am. I’m gonna wake up in a minute and I know it.” Leaving the diner, he comes to the town–apparently deserted, too, although a churchbell sounds the hour, and a public telephone is ringing, but when he picks up, no one is on the line. Thus begins writer Rod Serling’s seminal 1959 anthology series that encompassed tales of uncharted psychology, suspense, science fiction, and occasionally comedy.

On a cross-country trip, a woman sees the same hitch-hiker everywhere she goes. A World War I ace flies through a strange cloud and lands at an air force base in 1959.

In “Nightmare at 20,000 Feet,” an airline passenger (William Shatner, Star Trek) recovering from a nervous breakdown, becomes convinced he sees a hideous monster on the wing of the plane, tinkering with the wiring underneath.

In one of the most famous episodes, Henry Bemis (Burgess Meredith) loves books, yet is surrounded by those who would prevent him from reading them, until “The Bomb” levels everything and he holes up in an undamaged library.
Here is Rod Serling’s original sales pitch to prospective advertisers. 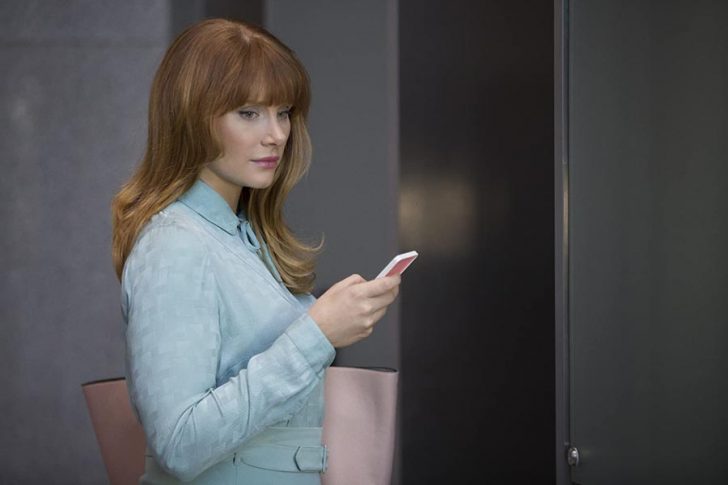 If technology is a drug–and it does feel like a drug–then what, precisely, are the side effects? This area–between delight and discomfort–is where Black Mirror is set.

Screenwriter Charlie Brooker wrote, in The Guardian in 2001, “If technology is a drug–and it does feel like a drug–then what, precisely, are the side effects? This area–between delight and discomfort–is where Black Mirror, my new drama series, is set. The ‘black mirror’ of the title is the one you’ll find on every wall, on every desk, in the palm of every hand: the cold, shiny screen of a TV, a monitor, a smartphone.”

In the first-season episode “Be Right Back,” Ash lives with his girlfriend Martha, spending a lot of time on social media, until one day he dies in a traffic accident. A few days later, Martha finds out that she is pregnant and decides to use a new technology that is able to simulate Ash’s voice and personality on the phone, based on his social media profile. This service helps her overcome her despair, until one day she accidentally drops her phone and panics. Mildly reminiscent of an episode of The Twilight Zone, this is only the first act of this story. The average 60-minute runtime of Black Mirror ensures, with tight storytelling, character and background development worthy of a novella.

Bryce Dallas Howard (The Help) stars in an especially topical episode, now that the Chinese government is building an omnipotent “social credit” system to rate each citizen’s trustworthiness (BBC). In “Nosedive,” people rate their online and in-person interactions on a five-star scale, using eye implants and mobile devices. This system cultivates insincere relationships, as a person’s rating significantly affects their socioeconomic status. Lacie is a young woman currently rated at 4.2 and keen to achieve self-improvement, hoping to reach a 4.5 rating to qualify for a discount to a luxury apartment. Lacie tries to gain favor from highly-rated people, as they have larger impacts on scores, and sees a great chance to achieve her goal, when school friend Naomi asks her to be maid-of-honor at her upcoming wedding, with many highly-rated guests.

Here’s the first trailer, which conveys nicely what viewers are in for.

(Pete Hummers is a participant in the Amazon Services LLC Associates Program, an affiliate advertising program designed to earn fees by linking Amazon.com and affiliate sites.)